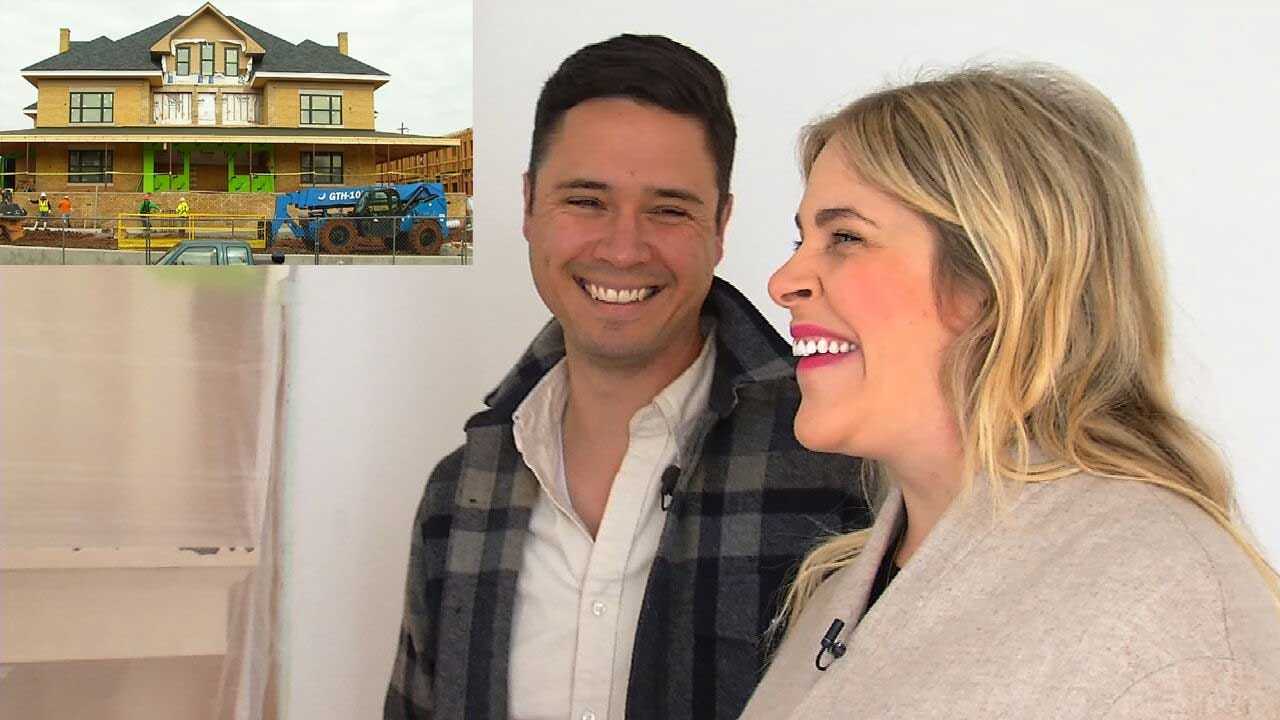 A big restoration project at Northwest 38th and Classen Boulevard is turning heads in Oklahoma City.

The mansion, now under construction, was built in 1912 by prominent businessman William Bradford.

Over the years, it’s been converted into spacious apartments.

Now the space, along with an addition behind the house, are being converted into a boutique hotel called “Bradford House.”

The $5 million investment will include 36 rooms, a bar, a café and an outdoor courtyard.

The bar and café will be open to the public.

Jason Little and his wife Sara of “Nostalgia Shoppe” bought the house in 2015, with the intention of the transforming the property.

“I think when people enter the door for the first time, they are going to find something totally unexpected,” said Jason.

The couple calls it a “passion project.”

“Besides the bones of the building we want the interior to feel like it has story,” said Sara.

The couple has spent years collecting furnishings for Broadford House from all over the world and plan to be completed with construction in the spring of 2020.

The rooms included in the new addition will be completed in the summer.