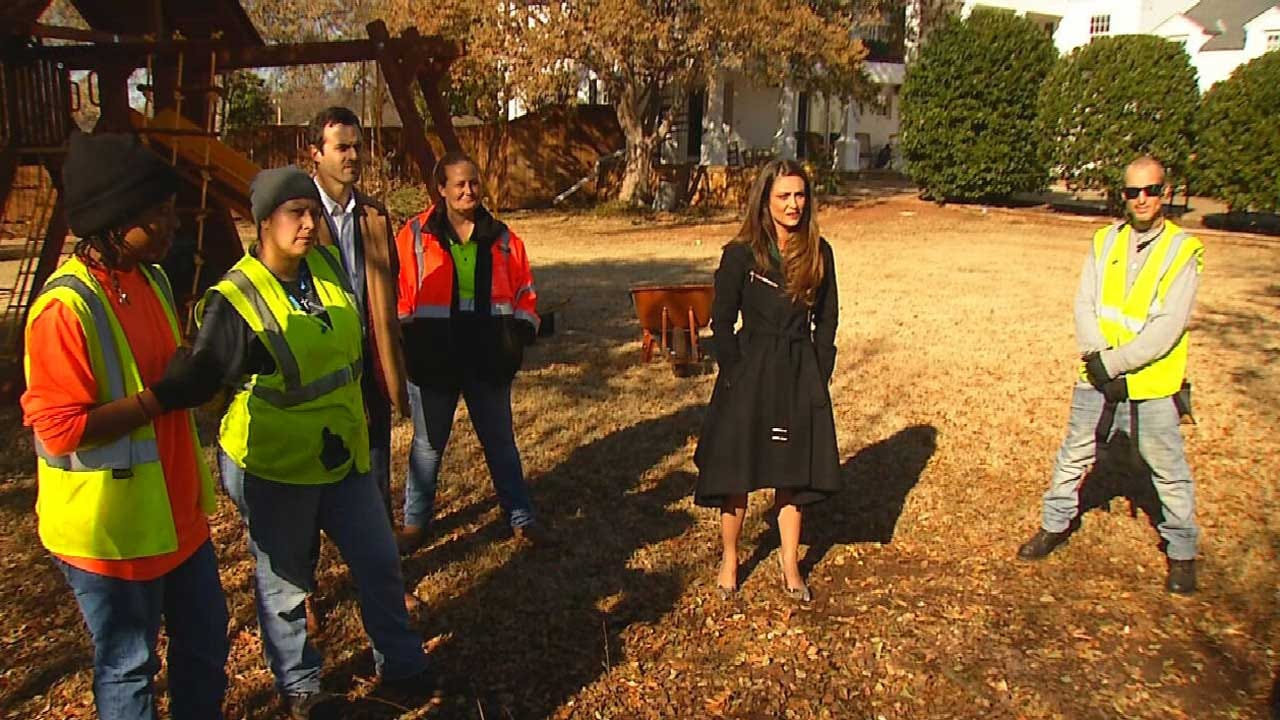 It’s been 10 days since Oklahoma’s historic commutation. Approved by the Oklahoma Pardon and Parole Board, nearly 500 inmates were released from the Oklahoma Department of Corrections.

With a record, many ex-cons knew it would be hard to find work. But some of those who found the Center for Employment Opportunities (C.E.O), landed in the governor’s backyard.

Sarah Stitt, Oklahoma’s First Lady, welcomed them to the Centennial House the morning of Thursday, November 14.

“It's not just a job. It's an opportunity to have a different life. The ball is ultimately in your court. You're making that choice, and sometimes that choice is the hardest thing,” said Stitt. “I have been praying for everyone that was in that commutation.”

The crew rolled up their sleeves and went to work.

C.E.O. helps all people, but the company saw a unique opportunity to help those who were recently released. It provides a short-term plan to reach long-term goals.

“This is a way to build references. I can say they show up every single day, 7 a.m. and they work harder than anyone I have ever seen,” said Sam Eagleson, Director of the Center for Employment Opportunities.

Many of them won’t stick with manual labor, but it’s one of the best places to start.

One of the inmates to benefit was Raquel Wilkerson. He said he served 22 months in prison before he was released.

“I had a 9-year suspended sentence because my criminal history was extensive. I did six years on probation, but I caught another charge, which was a petty larceny charge, and they convicted me of that and revoked my whole probation in full, and I was on probation for possession of marijuana,” said Wilkerson. “I knew better than what I was doing.”

Wilkerson said he picked up his bible and turned away from the mistakes he made over the years. He admits his criminal history is long. But, at 42 years old, he is looking ahead for the first time, and he likes what he sees.

“Thanks to C.E.O., I had a job before I got out of prison. They called my mom and told my mom I had an interview, and she said, ‘My boy coming home?’ Laughing, she was ecstatic. I really don't want to disappoint any of my family,” he said.

About 25 percent of those released from Oklahoma prisons find themselves back behind bars, according to ODOC. The hope is these programs will bring that down.

The Oklahoma Pardon and Parole Board said they are working to better monitor their role in the process.

ODOC reports they will be tracking inmates to see their progress concerning recidivism.