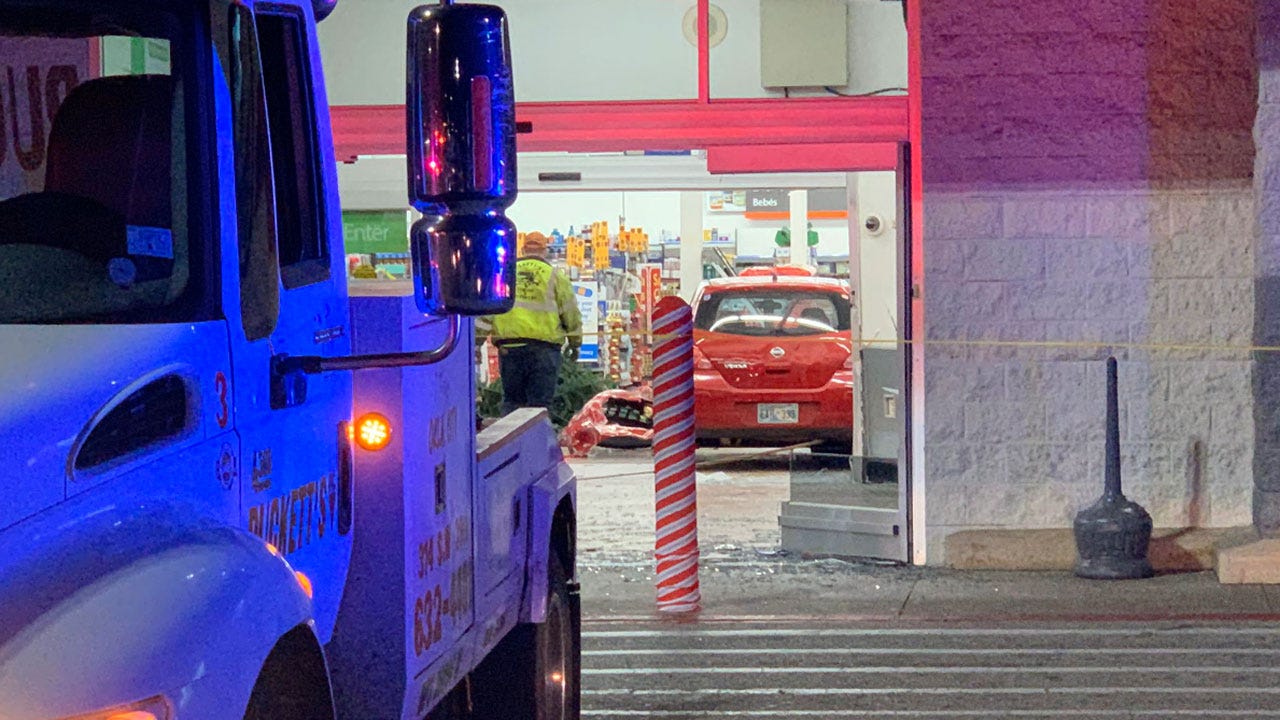 Two people have been arrested Monday morning after a police chase ended with a car crashing into a Walmart in southwest Oklahoma City.

According to authorities, the vehicle plowed through a Walmart Neighborhood Market on Southwest 59th Street and South Pennsylvania Avenue.

Police said that around 4 a.m. they responded to an auto burglary call. Officer tried to stop the vehicle around Southwest 44th Street and Santa Fe Avenue. The driver failed to stop, initiating the chase.

Police have not released the names of the suspects involved.