Trump: GOP Will 'Remember' Impeachment When Democrat Is President 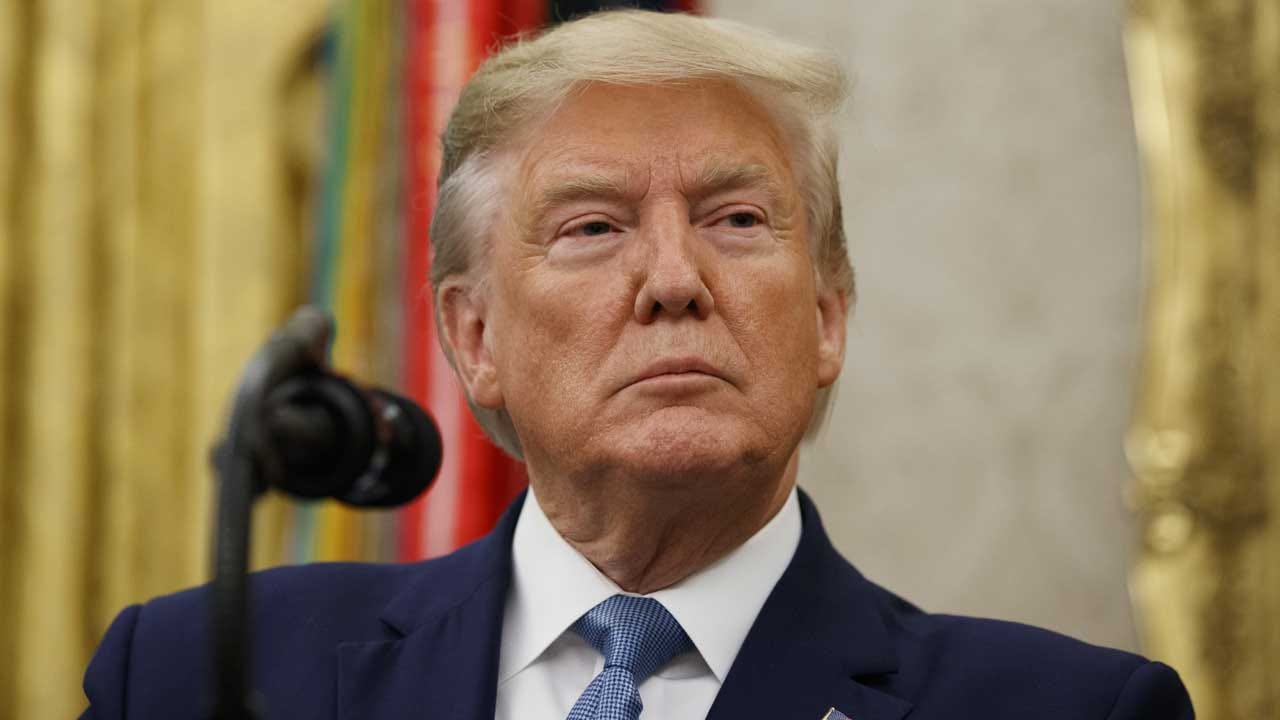 President Trump lamented Democrats' push for impeachment in his first on-camera remarks since the House Judiciary Committee approved two articles of impeachment Friday— abuse of power and obstruction of Congress — predicting that one day there will be a Democratic president and a Republican House would "remember" what is happening now. Mr. Trump made the remarks during a meeting with Paraguayan President Mario Abdo Benítez at the White House.

"It's a scam, it's something that shouldn't be allowed, and it's a very bad thing for our country, and you're trivializing impeachment," the president said in the Oval Office. "And I tell you what, some day there will be a Democrat president and there will be a Republican House, and I suspect they're going to remember it."

The president, speaking in the Oval Office, added that fundraising for Republicans has gone "through the roof" during the impeachment process, calling the Democrats "disgusting." The president said Democrats have made "absolute fools of themselves," decrying the entire process as a "witch hunt" and a "sham."

The full House is expected to take up a vote on impeachment next week before breaking for the holidays. Asked if he wants a long or short Senate trial, the president said he's heard remarks from Senate Majority Leader Mitch McConnell and Senator Lindsey Graham, of South Carolina, who are calling for a shorter trial. The president said he'd still like to hear from the whistleblower. Leading Senate Republicans have been pushing for a shorter trial, even as the president has said he'd like to hear from Joe and Hunter Biden, the whistleblower and more witnesses.

"I'll do whatever I want," Mr. Trump said, without clarifying what it is he wants.

The president's meeting with the president of Paraguay also comes after he announced a phase-one trade agreement with China. Mr. Trump said he was working on that issue when the House committee impeachment vote took place.

The deal, he said, is "going to lead to the opening of China, which is something that is incredible."

The Paraguayan president's visit is aimed at "strengthening cooperation between the two countries to bring improved economic prosperity and support democracy in Paraguay and the region," the White House said in a statement earlier this month. Mr. Trump and Benítez are expected to discuss issues including women's empowerment, crime and trade, according to the White House.

The meeting also comes as the House announced a finalized U.S.Mexico-Canada Agreement (USMCA). The deal is expected to receive a vote in the House next week.

"This has been a wild week," Mr. Trump said in the Oval Office in a statement few would challenge.

Grace Segers contributed to this report.

Trump: GOP Will 'Remember' Impeachment When Democrat Is President