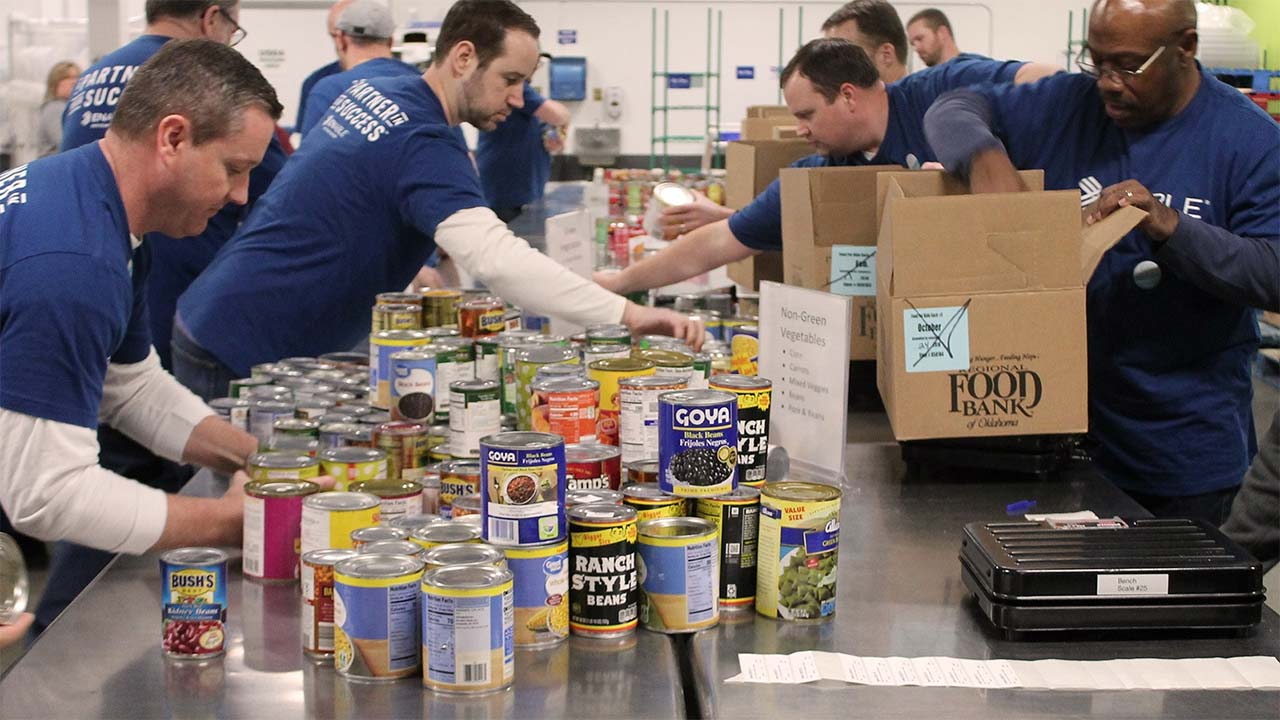 Oklahoma is one of the hungriest states in the nation. One in four children and one in six adults have inconsistent access to food. The Regional Food Bank of Oklahoma exists to end hunger throughout 53 central and western Oklahoma counties. The majority of people they serve are chronically hungry children, seniors on fixed incomes and hardworking families who struggle to make ends meet.

Ron Richmond knows what it’s like to run out of food. After he and his wife separated, he gave up his sales job to provide full-time care for his daughter with special needs. They didn’t know when or where they would find their next meals.

“First you have to pay rent, water, gas and electric, then you have car payments, insurance. If you have anything left after that, that’s what you eat with,” he explained.

The Regional Food bank distributed nearly 50 million pounds of food through a network of more than 1,200 community-based partner agencies, charitable feeding programs and schools in 2018. Their goal is to fight hunger as well as address chronic disease, malnutrition and obesity by offering healthy food to the families they serve. Nearly a quarter of all food provided by the Regional Food Bank last year consisted of fresh fruits and vegetables.

“I’ve seen people come in here and start crying because they’re so happy they have something to eat,” Richmond said. “Some people are already opening up the boxes as they walk out the door because they may not have eaten for a couple of days. This place gets them through.”

The administrative and fundraising costs are less than four percent, so more than 96 cents out of every dollar donated goes to fight hunger in Oklahoma. Every dollar donated helps provides four meals and each week the equivalent of more than 136,000 meals are provided to Oklahomans living with hunger.

“If this wasn’t here, I’d probably be standing on a corner asking people for help,” Richmond said. “Even a little bit helps. A little bit adds up to a whole lot.”

Delivering Hope for the Holidays: Feed the Children Distributes 400 Tons of Food, Essentials to Families in Oklahoma, Across U.S.

Share Your Good: Feed the Children Brings No Hunger Holidays to Families in Oklahoma, Across U.S.