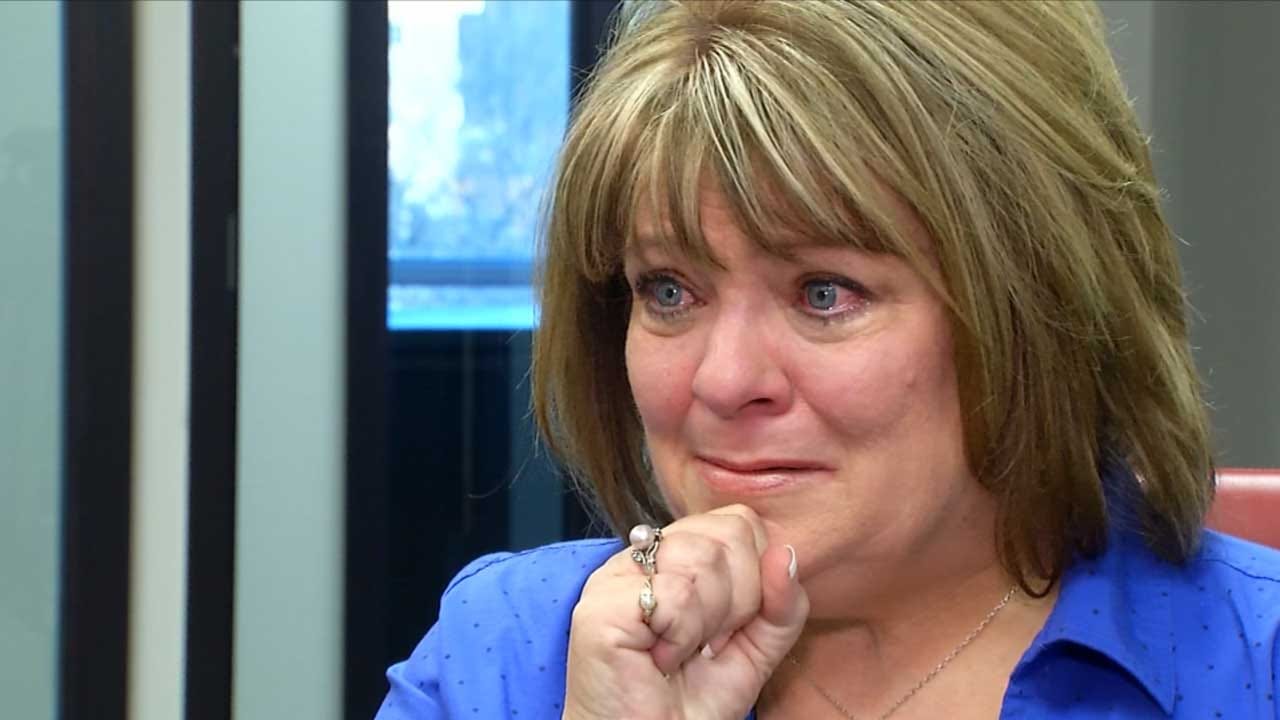 The daughter of a woman who died after breaking her femur in a nursing home is sharing her story, hoping other families don't have to experience the same preventable pain. A new report shows some Oklahoma nursing facilities rank among the worst in the nation.

Like so many elderly Oklahomans, June went to the nursing home for physical therapy. Her family said nursing aides dropped her, broke her leg, then refused to believe her when she said it was in fact broken, for nearly two weeks.

Donna Schoppel still fights feelings of guilt after her mother's death, a heavy burden she shouldn't have to bear.

"She looks up at me and her face is pale as a ghost and I knew instantly something was wrong," said Schoppel.

Donna said nursing aides tried picking up her mother, 70-year-old June Neubauer, despite her desperate plea to use the lift already in her room.

"She screamed out, she's like 'my leg's broken, my legs broken.' And they said 'June you're all right,'" said Schoppel.

Donna said the staff refused to believe her mother because an x-ray didn't show anything. After 13 painful days, a trip to the ER finally revealed the truth.

"Her femur bone was dissected in two. It was literally 6 inches apart," said Schoppel.

June survived a risky surgery, but the coroner testified she died a week later from complications of the broken bone.

"All of the pain that she suffered, I didn't want that for her," said Schoppel.

That's why AARP Oklahoma is spearheading the Campaign for Change at the State Capitol. With this new legislative session already underway, lawmakers will get a new group of bills called the CARE Plan, aimed at protecting some of our most defenseless elders.

"Issues like nursing home staffing, over-prescription of antipsychotic drugs," said State Director of AARP Oklahoma Sean Voskuhl. "It's not a Republican or Democrat issue. I think it's really from the for-profit Nursing Home Association."

According to the Nursing Home Association president, "we will continue to improve despite the poor resources the state gives. Oklahoma ranks in the bottom three states in the nation for nursing home Medicaid reimbursement rates. Oklahoma pays on average $150 a day for 24-hour medical care when the documented costs are more than $170 per day."

"They're going to claim that they're cash poor and that is just a complete rouse," said attorney Mark Edwards. "They are not cash poor, they are making money hand over fist."

June's negligent care is one of hundreds of cases attorney Edwards has tried to bring to justice.

"I've seen nursing homes owned by 13, 14, 15 different shell companies and what they're doing is moving the money around to make it look like they don't have any," Edwards said. "They are simply putting profits over people."

The latest AARP report shows our state ranks lowest in the amount of care provided by registered nurses per resident. It's second for residents with low care needs who could be better served outside of a nursing home and has the highest use of antipsychotic medications in patients without a psychiatric diagnosis.

The AARP said its CARE Plan has the potential to save the state and taxpayers money.

"We've got a lot of brand new legislators, a new governor, so this is a golden opportunity to let your voice be heard," Voskuhl said.

"You have no idea the lack of care that these patients are getting," said Schoppel.

"I know she's in a deep sleep. And she's not in any pain anymore," said Schoppel.

June's family settled their lawsuit with the nursing home. That nursing home only received an overall 1 out of a 5-star rating from Medicare. Voskuhl said people should keep an eye out for Senate Bill 142. It would require written consent before administering antipsychotic medications in nursing homes. That will help tackle the disturbing trend of nursing home staff administering drugs to chemically restrain the elderly.

Storme Jones A prominent Norman police supporter is now part of a Norman police investigation as tensions between the group Unite Norman and agitators boiled over. News 9's Storme Jones has the story.
View More Stories

News 9 The 2-year-old was born a genetic defect, leaving her with profound hearing loss. Hopes were high a four-hour surgery would change that.

Dr. Birx To Visit Oklahoma To Give COVID-19 Guidance

News On 6 Dr. Birx To Visit Oklahoma To Give COVID-19 Guidance