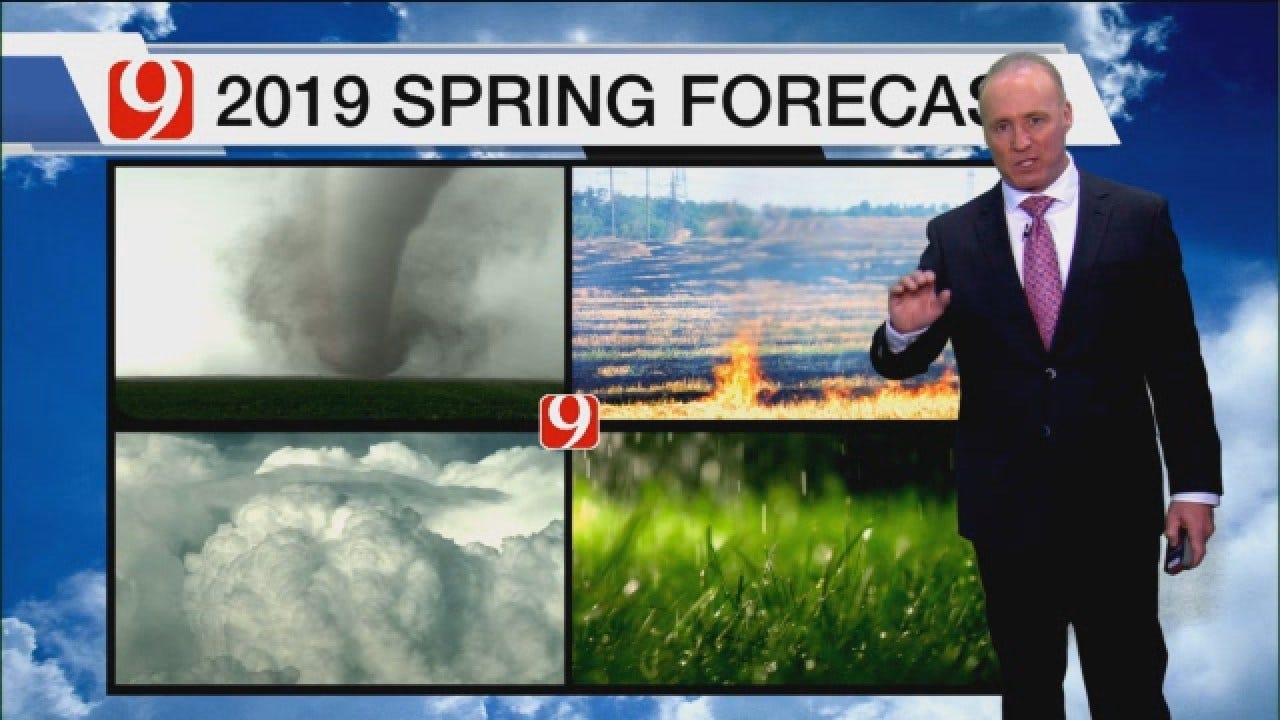 All right, everybody: it's time for my 2019 spring weather forecast. If you'll think back to last year's overall severe weather, it was less than average. Our wildfire season was big, especially last April.

Last year, the drought was raging across Oklahoma, a big-time drought. This year, some areas in the west, they are dry with a couple of pockets, but overall we're drought-free across most of Oklahoma.

Also, this year, we're talking the Gulf of Mexico. Ocean temperatures are warm, above average. Warm, moist air will be coming north as we get into spring, and that will play a key role in these storm systems as they move into Oklahoma. Also, another component to spring severe weather season is the Modoki El Nino. It's in the central Pacific Ocean where water temperatures are above average. This will stay like this going into spring, and that's going to keep that southern branch of the jet stream very active across the southern Plains and the southern US.

So, what does that mean for us?

As far as precipitation goes, a rainfall in spring. We think it's going to be wet, above-average rainfall in southern Kansas, Oklahoma, and down into Texas, and points to the west and then also to our southeast. Temperatures right now, will be near or slightly below average from I-35 westward and above average elsewhere. So, a little bit cooler for most of us and overall, I think it will be an active spring for the southern Plains especially April and May for Kansas, Oklahoma and Texas, more active this year than what it was last year or the year before.

To sum it up for you, I'm expecting a delayed start to the spring season. I think our severe weather really ramps up into April and May. The drought stays away. I don't see the drought coming back into Oklahoma this spring at all. It will be a wetter and cooler spring ahead.

On the other hand, I'm expecting a very slow fire season, so some great news there.

We'll be watching that; the News 9 weather team is ready.

Watch: News 9's 'Ahead Of The Storm' Weather Special