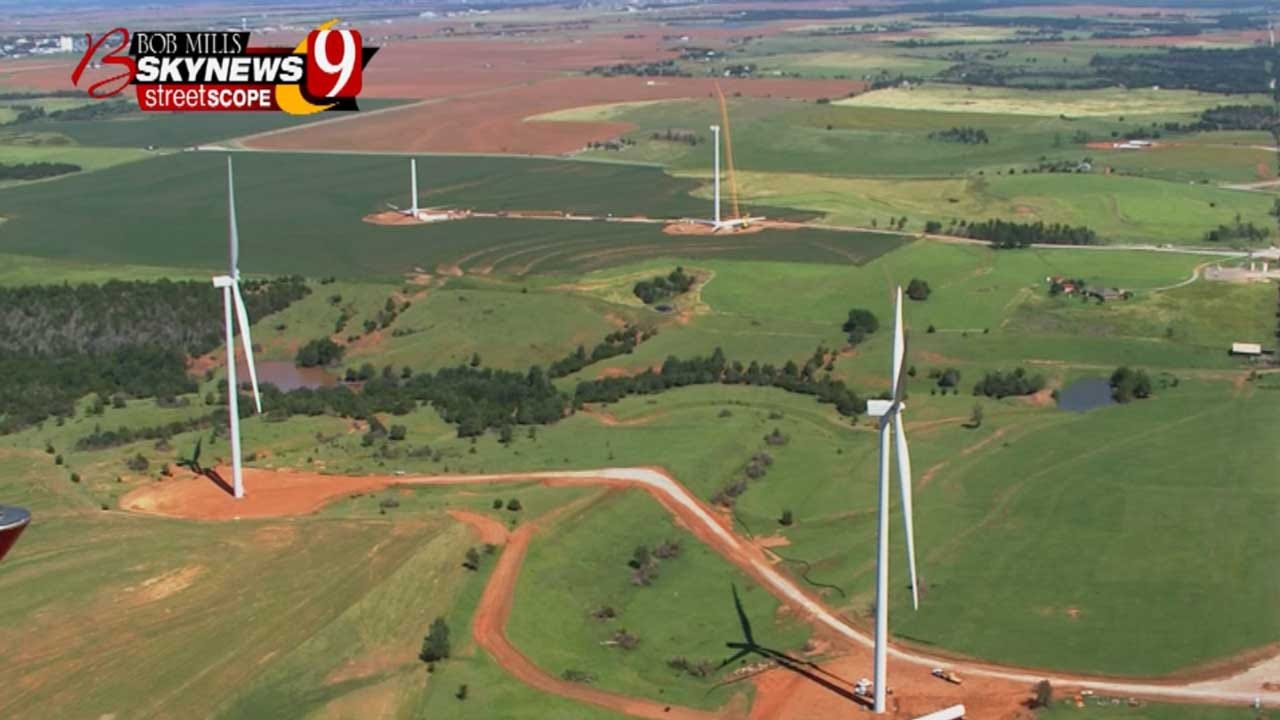 NextEra Energy is currently putting up wind turbines out in southwest Canadian County, as part of the company's Minco IV wind farm.

The company submitted its original plans for this project in 2016. Those plans were OK’d by the FAA as presenting 'no hazard' to aviation.

But NextEra didn't build those, instead submitting revised plans to the FAA this year in March.

The 2018 plans have not yet been given a 'no hazard' designation.

But this summer, the company went ahead and started erecting those turbines anyway.

It would seem that this violates a new state law, but the state agencies that would enforce that are still weighing the evidence.

In the meantime, the new turbines are encroaching on a key low-level flight training route used by the Air Force.

Federal law doesn't force a developer to hold off on construction until they have a 'no hazard' designation, but members of Oklahoma's Congressional delegation say that would be the right thing to do, and say it's sad that a company like NextEra, would take federal renewable energy tax credits with one hand and harm our national security with the other.

“This is wrong, and these are not huge swaths of the countryside, these are very narrow corridors that have been designated, and they've been there for a long, long time,” said Rep. Steve Russell.

Again, News 9 reached out to NextEra for a comment on this, and again they did not respond.