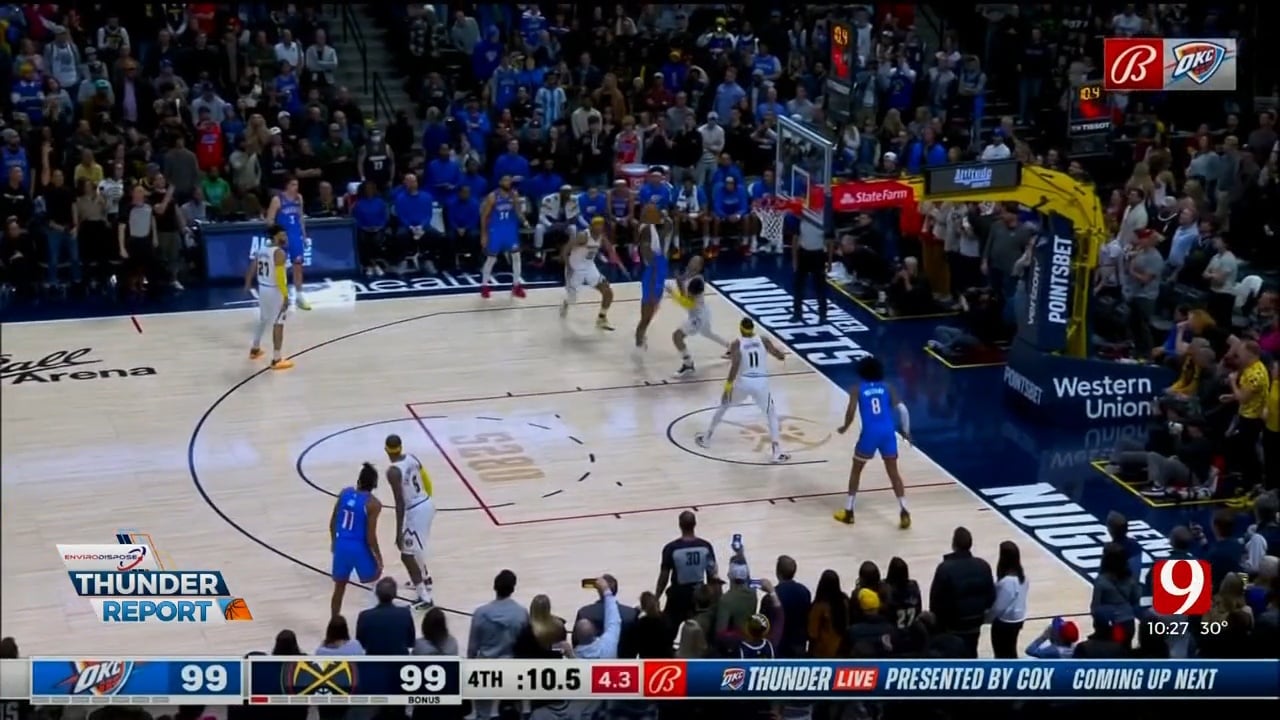 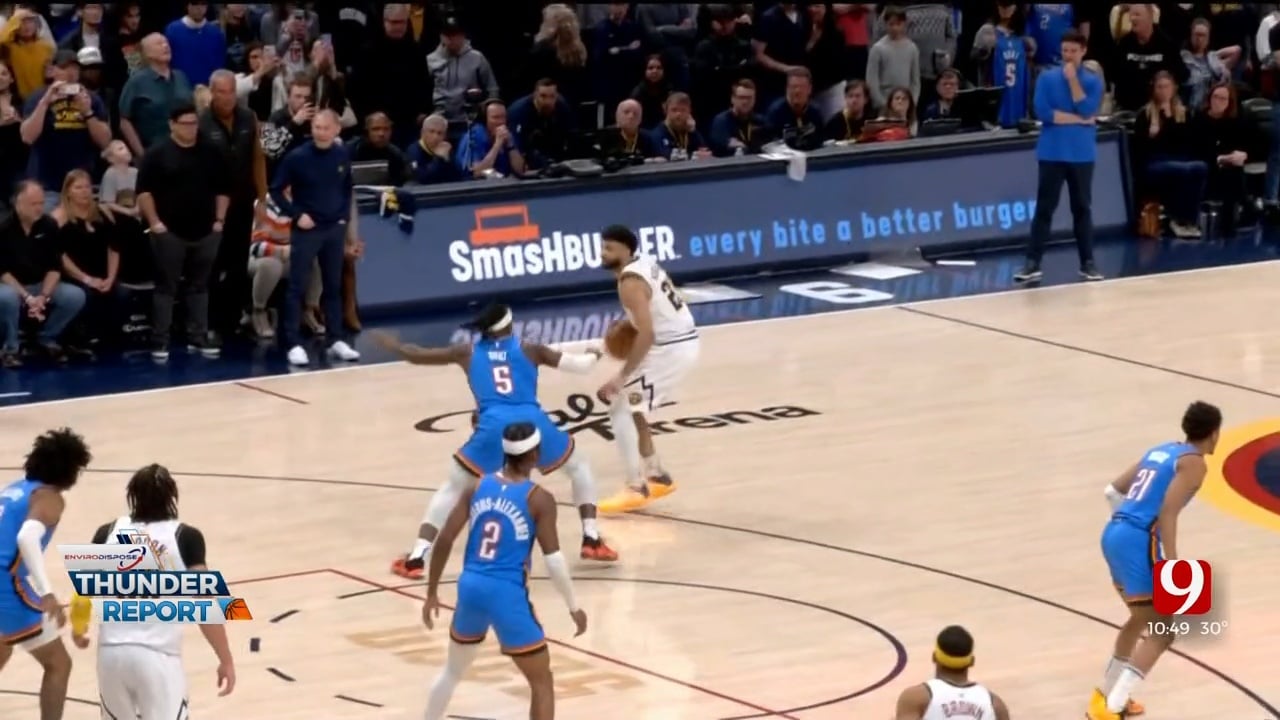 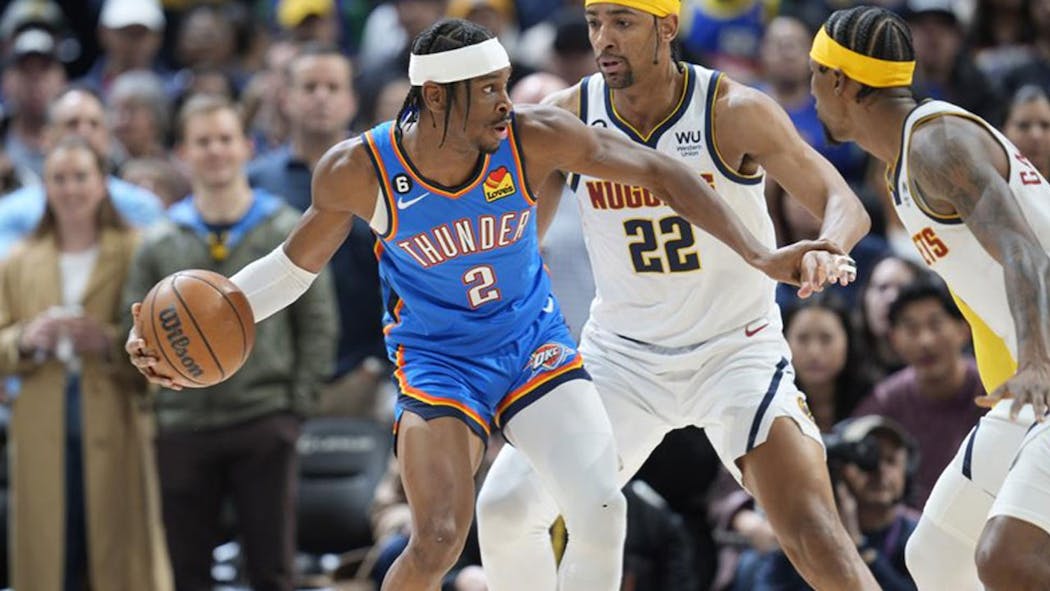 After Denver’s Zeke Nnaji hit two free throws to tie the game at 99 with 30 seconds left, Gilgeous-Alexander got the ball out of a timeout and hit the mid-range jumper to give the Thunder the lead. The Nuggets’ Jamal Murray missed a 14-foot shot in the final seconds.

Josh Giddey had 18 points and a team-high nine rebounds for the Thunder, who earned their seventh win in nine games.

Denver center Nikola Jokic missed his second straight game while dealing with tightness in his left hamstring. The two-time reigning NBA MVP had recorded a triple-double in five of his last six games.

Forward Michael Porter Jr. also missed the game for “personal reasons,” leaving Denver without two of its top four scorers. Porter’s younger brother, Coban, a sophomore guard at the University of Denver, was arrested Sunday on suspicion of vehicular homicide and reckless driving after he was involved in a fatal crash.

Without Jokic and Porter, Murray shouldered much of the offensive load, finishing with a team-high 26 points and nine assists, two nights recording his first career triple-double.

Denver made 51.5% of its free throws, losing out on precious points in a narrow loss. Oklahoma City, meanwhile, shot 87.5% from the line, with Gilgeous-Alexander going 7 for 8.

Gilgeous-Alexander, who entered averaging 30.6 points, shot 13 for 21 from the field.

Nuggets: At New Orleans on Tuesday.