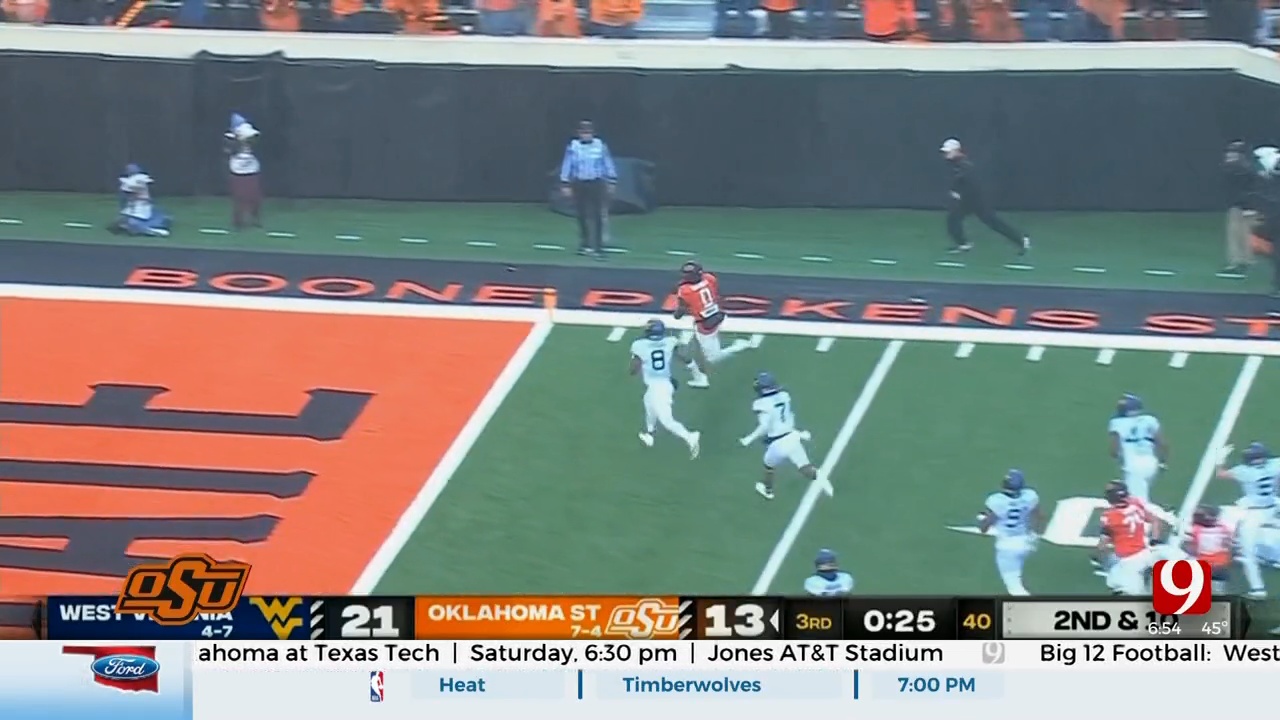 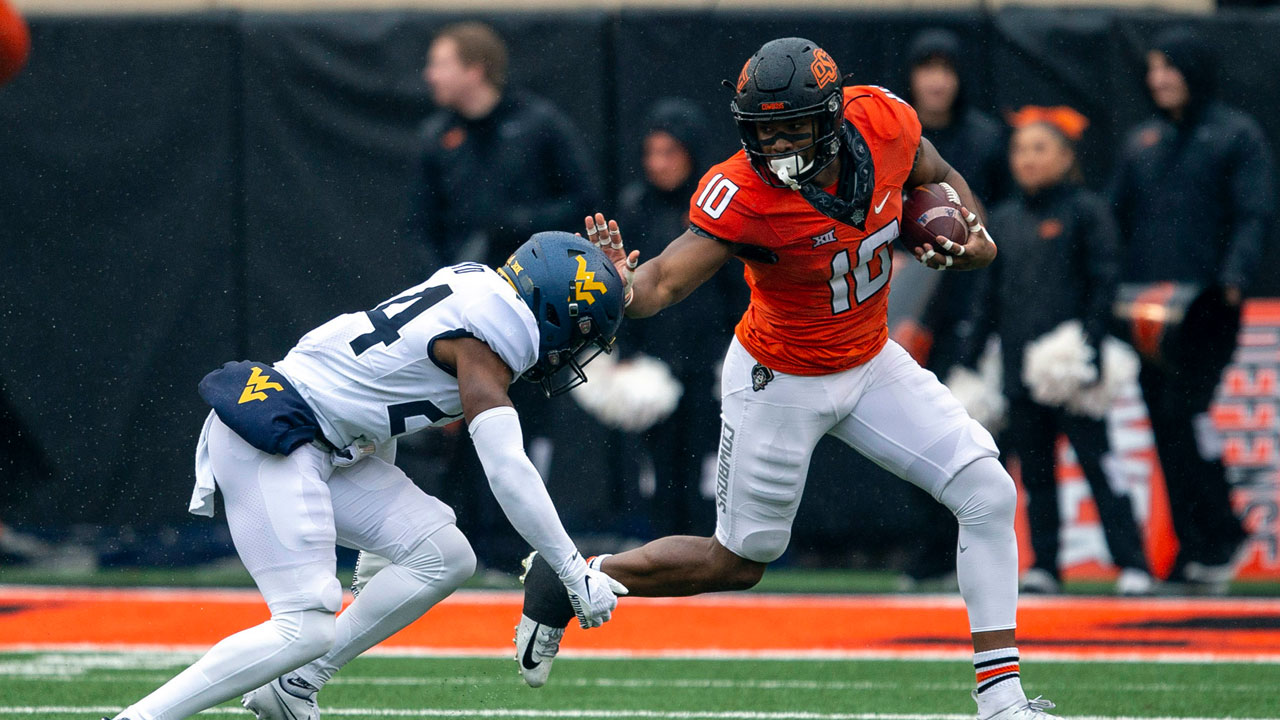 Anderson, a redshirt freshman, had rushed for 120 yards all season before the game. He paced a West Virginia ground attack that pounded out 250 yards rushing on a cold, rainy day that kept most fans at home.

Oklahoma State freshman Ollie Gordon ran for 136 yards and a touchdown. Garret Rangel started at quarterback for the Cowboys in place of Spencer Sanders, who has dealt with injuries throughout the season. Rangel passed for 178 yards.

West Virginia opened the second half with a scoring drive that ended with Anderson’s 54-yard touchdown run. Anderson followed that with a 57-yard scoring run minutes later that put the Mountaineers up 21-10.

Gordon scored on a 23-yard touchdown run later in the quarter, but the 2-point conversion failed, leaving West Virginia ahead 21-19. Casey Legg’s 34-yard field goal pushed the Mountaineers’ lead to 24-19 with about six minutes to play.

Oklahoma State: The Cowboys had numerous opportunities, but Rangel had trouble connecting with his receivers. He completed just 18 of 42 passes, with many passes being just a little off target.