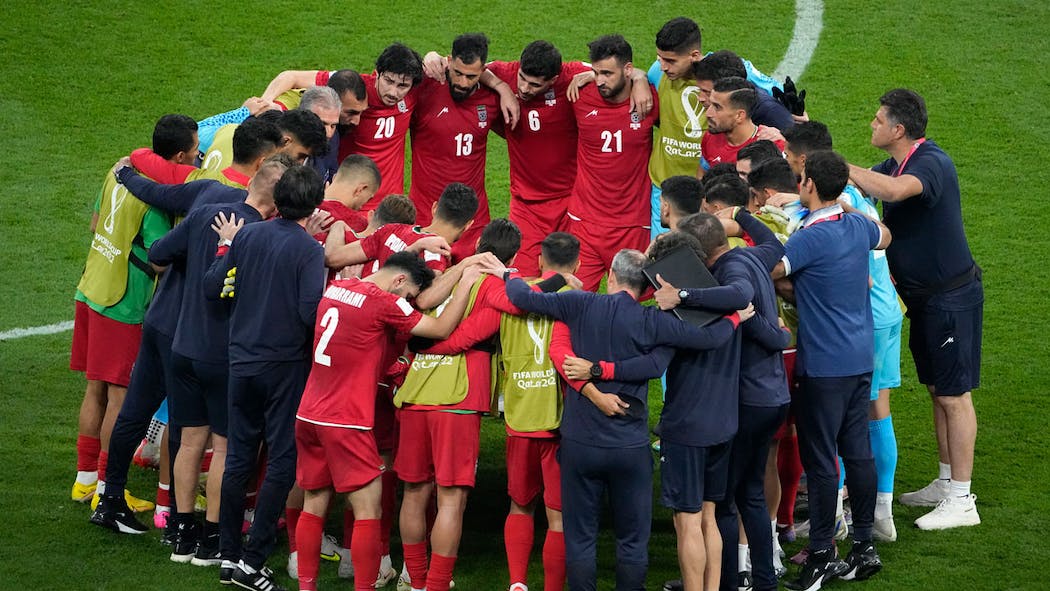 The Iranian soccer team's players chose not to sing their country's national anthem before their opening match against England on Monday at the World Cup in Qatar, in apparent solidarity with protesters back home. As Iran's national anthem played at Khalifa International Stadium, television cameras showed the starting players standing stoically, but not singing.

Prior to the game, team captain Alireza Jahanbakhsh said he and his teammates would decide "collectively" whether they would take a stand during the anthem in support of the anti-government protests.

In the team's friendly match against Nicaragua on November 11, most of the players declined to sing the anthem, AFP reported.

Before the gesture, the team had lost support from their fellow Iranians after meeting with Iran's hardline President Ebrahim Raisi, Holly Dagres, a senior fellow at the Atlantic Council and an Iranian-American national, told CBS News correspondent Roxana Saberi.

Dagres said that while the team remaining silent during the Islamic Republic's national anthem "may seem very significant, many Iranians were already disappointed in the team's behavior during the past week."

In addition to the meeting with Raisi, Dagres said photos showing the players celebrating their World Cup entry, as "protesters were being slain in the streets by security forces," left many Iranians to view their team "as not representative of them, but of the clerical establishment."

Masih Alinejad, a New York-based activist from Iran, went further in her condemnation of the team.

"Iran is the only country in the World Cup that its people want their national football team to lose since the team doesn't represent the people but the regime," she wrote.

At least 419 protesters have been killed since September, including 60 children, and more than 17,000 people have been arrested, according to the Iranian Human Rights Activists News Agency's latest statistics. The protests have rocked Iran since the killing in police custody of 22-year-old Mahsa Amini on September 16.

Initially led by women, the protests have grown into the most significant anti-government demonstrations the regime has faced since it came to power in the 1979 Islamic Revolution.