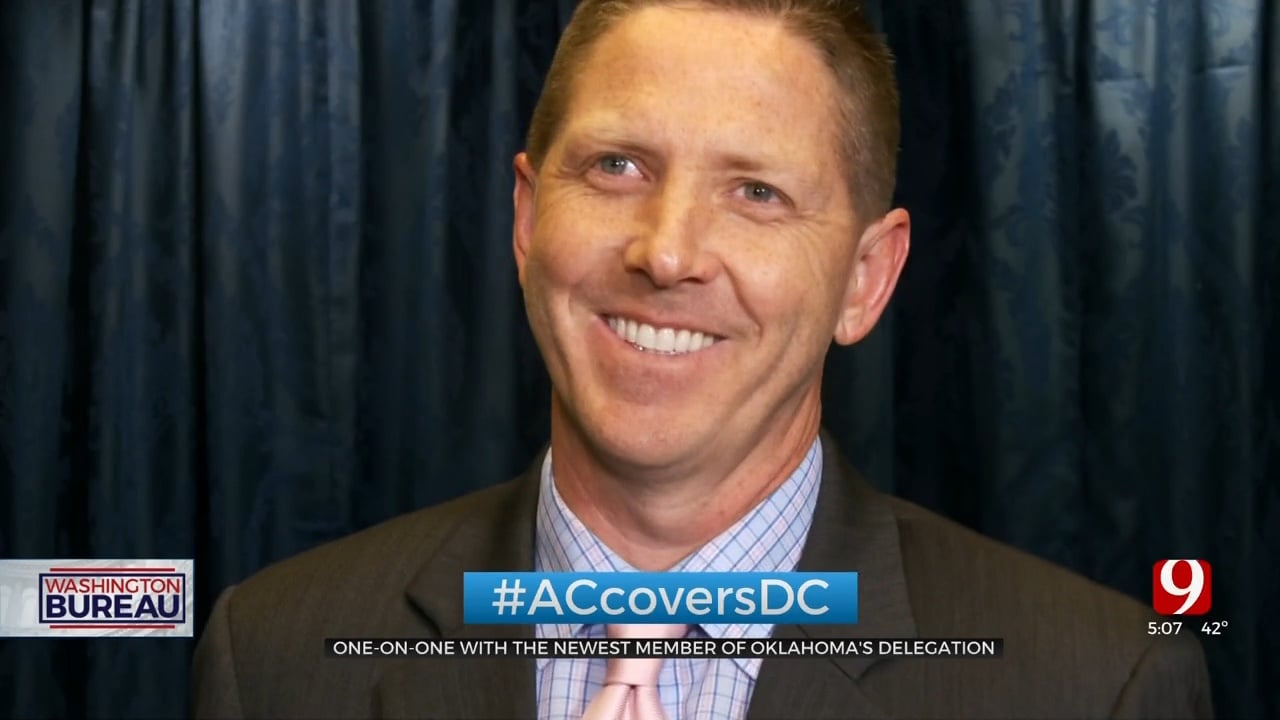 As Congress gets back to work at the U.S. Capitol this week, newly-elected members of the incoming Congress are also there, going through orientation and learning the ropes.

Among is the newest member of Oklahoma's delegation, Representative-elect Josh Brecheen.

Brecheen will be taking the Second District seat that, for the past decade, has been held by Markwayne Mullin, but was left open when Mullin decided to run for the U.S. Senate.

In an interview at his hotel Tuesday morning, Brecheen said he arrived in Washington the day after the election and has been kept busy learning how to make his way around in the U.S. House, figuratively and literally.

"The tunnels -- oh my gosh! Shaft after elevator after shaft downstairs...I'm just trying to figure out my way around," Brecheen said.

As confusing as some of it may at first seem, Brecheen said there's no confusion as to what his top priority will be once he's sworn in on Jan. 3, 2023: Work to reduce the national debt.

"We have to do something about the debt loading and the generational theft that’s occurring in this nation," Brecheen said. "It’s the iceberg that our ship is about to hit."

Rep.-elect Brecheen said high inflation is the tip of the iceberg people that can see; it's the unseen debt payments of the future, Brecheen said, that could potentially sink the American way of life.

"This is national defense," Brecheen said. "We’ve got to get our structural deficits and our overspending addiction under control."

Among the rest of the Oklahoma delegation, Brecheen is singing to the choir with such concerns. Like-minded fiscal conservative Sen. James Lankford said he's grateful to have Brecheen joining the delegation.

"We work together as a delegation to be able to help the entire state, though each individual member of the delegation in the House works for an individual district of the state, as well,” Sen. Lankford (R-OK) said. “[Rep.-elect Brecheen] has a responsibility to be able to learn everything that’s needed from the district to make sure he’s a solid voice for all the needs of eastern Oklahoma."

As he promised during the campaign, Brecheen said he will be joining the highly conservative Freedom Caucus. He said conscience, not vanity nor cowardice, will drive his decisions.

"We have a choice in this nation: Will we be courageous, or will we put our fingers in our mouths and stick it in the air and see where the political winds are blowing, where our culture is taking us?" Brecheen asked. "I’m going to be one of those people that wants to stand for what, as a Bible-believing Christian and, as a constitutionalist, I know is right."

At the time of the interview Tuesday morning, Brecheen said he had not decided who he would be voting for but that he was praying about it.