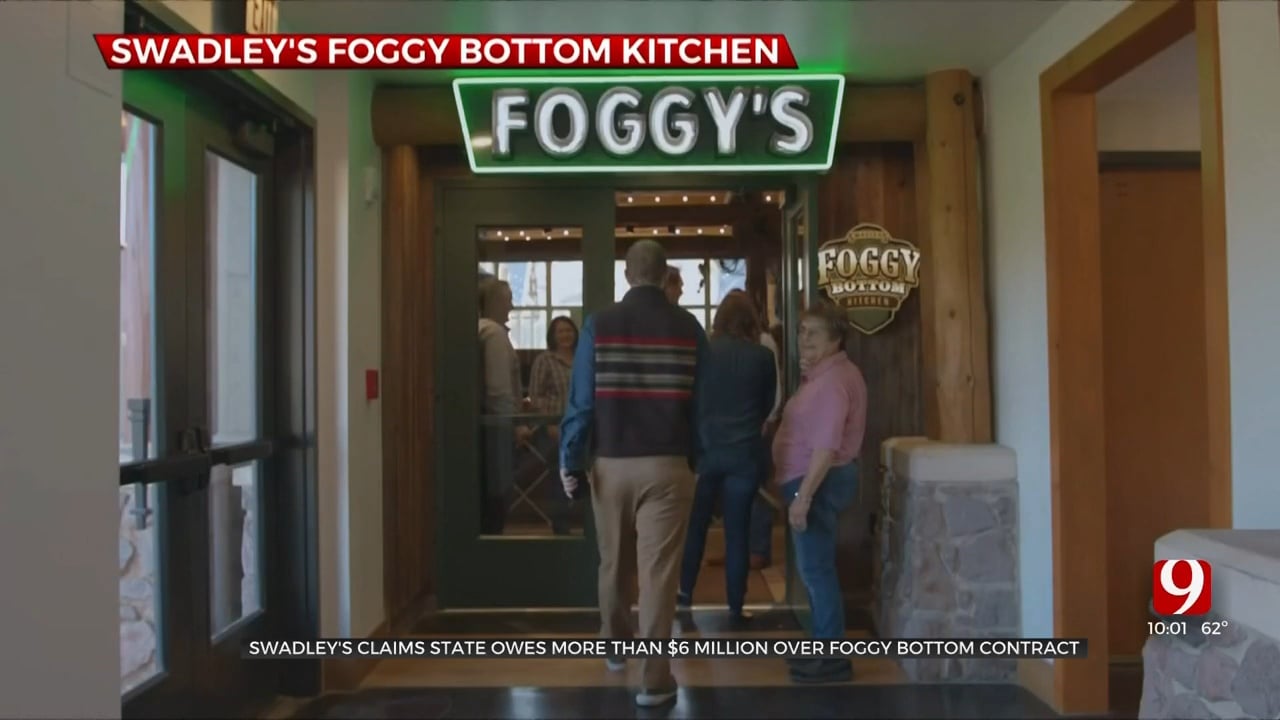 King said the company submitted the report to the Oklahoma Attorney General on Friday as part of the office’s ongoing request for documents from the company.

The report found that Swadley’s is owed $5.9 million for unpaid invoices, operating losses, and “verbal change orders” made by OTRD officials.

The new director of the Oklahoma Tourism and Recreation Department, Shelley Zumwalt, called the report, “the fake ID of audits,” and said the OTRD was not aware of it until it was submitted to the attorney general’s office.

“This document is available and I am permitted to talk about it because it actually isn’t permitted to be a part of the current litigation because of the validity of it,” Zumwalt said.

When asked if she believes Swadley’s submitted certain information to the CPA to influence the result of the audit, Zumwalt said, “no. It’s not my role to determine that.”

Swadley’s attorneys said they gave the CPA documents produced by the OTRD and the company.

“Documents were not selectively provided by Swadley’s,” King told News 9 in an email. “The State has expressly requested that Swadley’s produce to them any accounting or auditing reports. Now that Swadley’s has done precisely what the State requested, the State apparently doesn’t like what it reveals.”

According to the report, Swadley’s submitted 269 invoices to the OTRD between March 2020 and June 2022 for property renovations, management fees, and operational losses at the six state park restaurants for a total of $17,246,299.

According to the report, operating losses to Swadley’s in the final 10 months of the contract totaled $3,342,379.

The OTRD contract with Swadley’s included a $1.2 million cap for operating losses reimbursements. However, according to the report, Former Tourism Director Jerry Winchester “indicated to Swadley’s that an additional amendment would be made… to cover any additional Net Operating Losses.”

The state auditor and the Oklahoma State Bureau of Investigation both have ongoing probes into the contract. The OSBI launched its investigation after the Oklahoma County district attorney David Prater alleged in April that “$4.5 million in excessive payments” were made to Swadley’s.

Days after Prater’s allegation, Gov. Kevin Stitt announced the sudden termination of the Swadley’s contract, along with Winchester’s resignation. The state simultaneously filed a lawsuit alleging the company “refused to provide” financial documents to the state.

In its countersuit against the OTRD, Swadley’s claimed Winchester and former Tourism Deputy Director Gino DeMarco micromanaged the construction project and pushed up costs through change orders.

The accountant report found Swadley’s did not submit invoices for $1,461,836 of change orders at Robber’s Cave and Quartz Mountain state parks.

King said the report negates allegations that it defrauded the state. He said the company agreed to work with the state as a “labor of love” to improve state parks.

“The notion that there was any favoritism or any underhanded deal or any special treatment for Swadley's is just a false narrative, and the accounting demonstrates that,” King said.

The Tourism department is searching for another company to operate the restaurants at state park lodges.