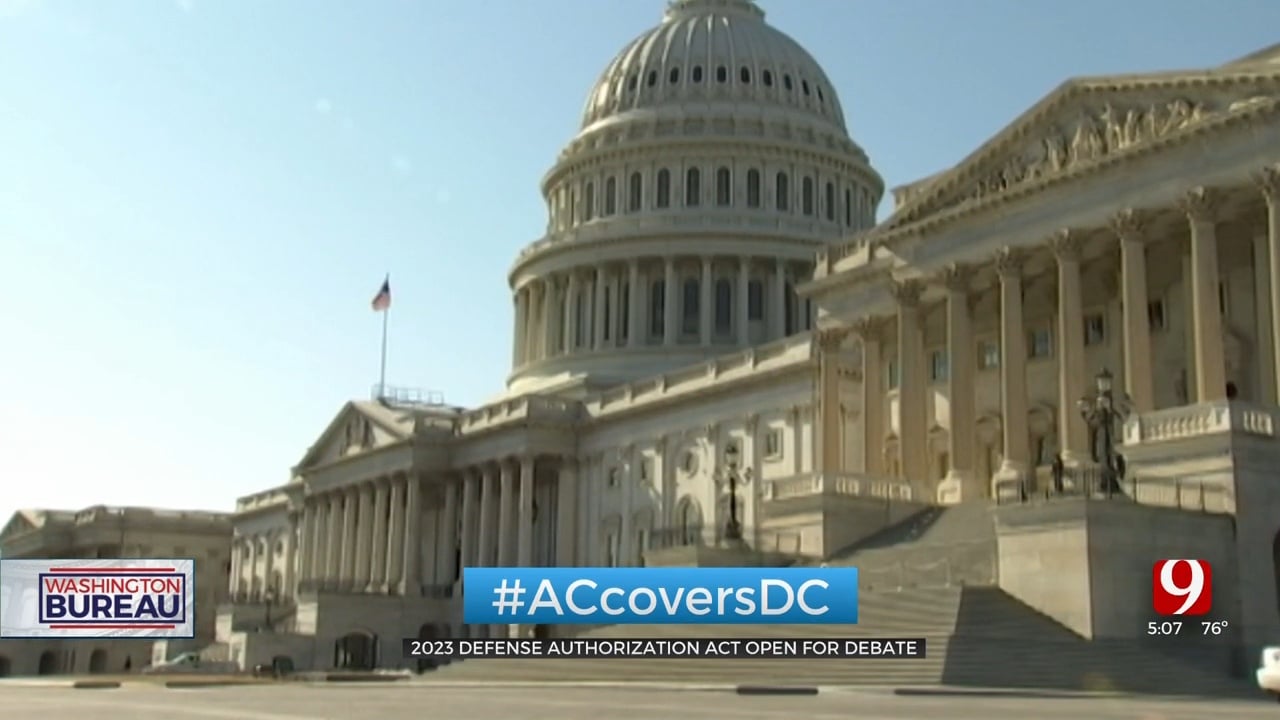 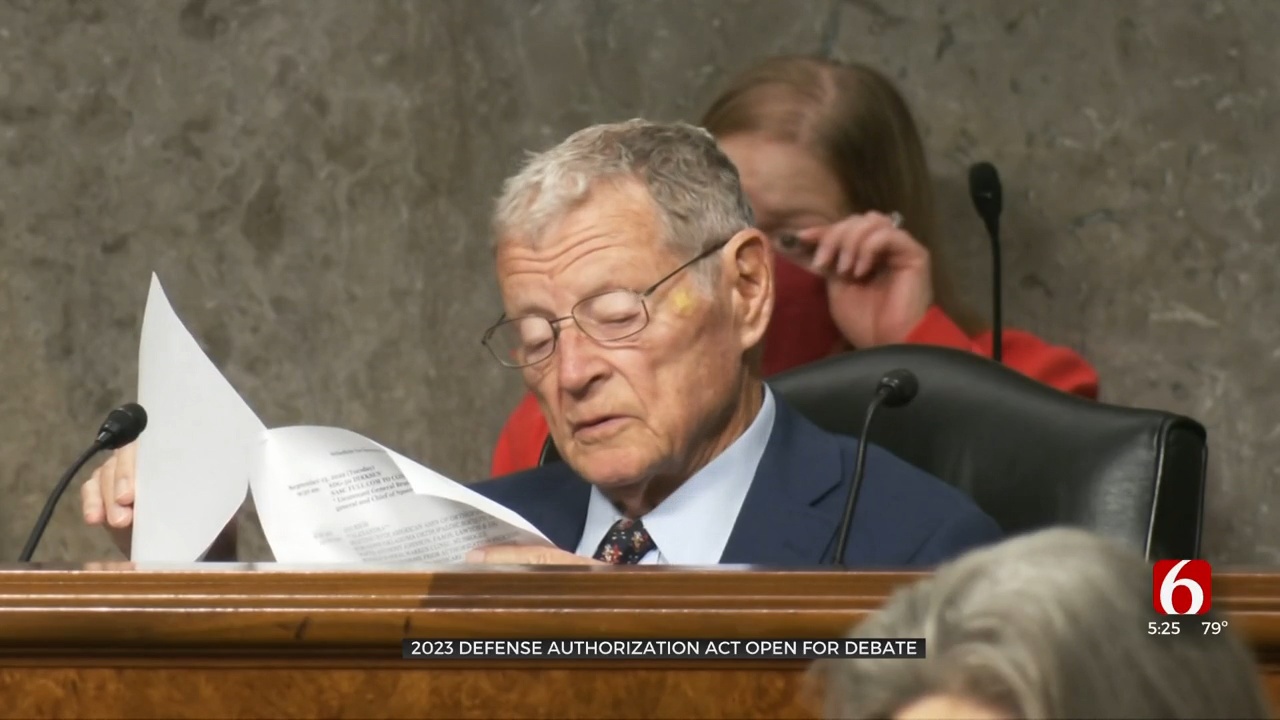 Sen. Reed named this year's NDAA in Inhofe’s honor, as a sign of respect for all that the 87-year-old Tulsan has done for the U.S. military.

Inhofe, the conservative Republican, and Reed, the moderate Democrat, have worked closely on the Senate Armed Services Committee for years, at times Inhofe the chair and Reed the ranking member, or vice versa, as is the case now.

"And you could hardly tell the difference between who’s in charge," laughed Sen. Inhofe, in a recent interview in his office.

In today’s world of hyper-partisan politics, that says quite a lot about the respect Inhofe and Reed have for each other.

"He’s one of the most principled gentleman I’ve ever met," Sen. Reed stated in an interview in late summer.

Inhofe countered, "He's just the nicest guy in the world and I find myself having to work to trying to 'out-nice' him!"

And just as the two have great respect for each other, they have even more respect for their area of responsibility.

"We’re dealing with the most serious issue in Washington," Inhofe declared.

"This ultimately is all about young men and women in uniform," said Sen. Reed, "and we never forget that."

In recent years, that's meant approving a pay increase for service members, empowering families who live in privately managed base housing, and making sure American soldiers have the tools they need to defend themselves and the nation.

"We’ve worked very closely together and we’ve been able to maintain the resources necessary to protect the nation and modernize the military," Reed explained.

Reed is a Harvard-educated lawyer from the generally liberal state of Rhode Island and, at age 72, is 15 years younger than Inhofe.

"It seems like there’s every reason in the world for us to be in disagreement with each other," Inhofe said, "but we end up being in agreement."

The two admit that sometimes getting on the same page takes extra effort, but their friendship makes that process less contentious, and they believe it's the least they can do, considering the importance of the outcome.

"It comes down to always trying to seek a principled compromise," Reed said, "and avoiding sort of 'my way or the highway', which I think is not a good way to legislate."

Sen. agrees and says they've learned to trust each other and trust the process.

"We’ve always solved our disagreements before we’re in the big crowd," Inhofe said.

With Inhofe set to retire immediately after the new year, this will be his final opportunity to help fashion the nation's annual defense spending plan and Reed says that's unfortunate.

"I’ve grown to greatly admire Jim and I think the Senate will be at a loss by his absence," Sen. Reed stated, "but he’s contributed so much that we owe him a huge debt of respect and gratitude."

As Reed opened debate on the 2023 NDAA Tuesday, he again thanked Sen. Inhofe for all that he's done and said, "In honor of his well-earned retirement, I am pleased that the committee voted to name this year's bill the James M. Inhofe National Defense Authorization Act."

Friendships like that between the Republican Sen, Inhofe and Democratic Sen. Reed are, historically, not that uncommon in the Senate, where bipartisanship is generally required to get legislation through, but their particular relationship has been especially productive, and both say they will miss it.