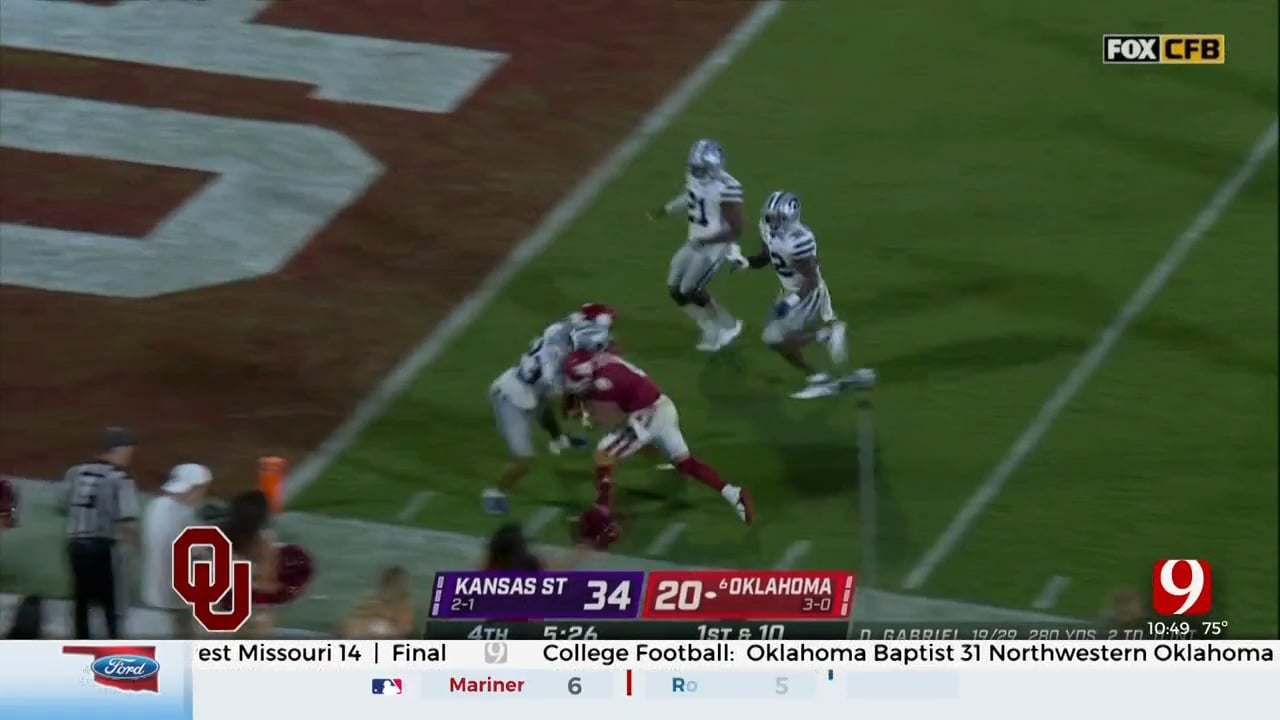 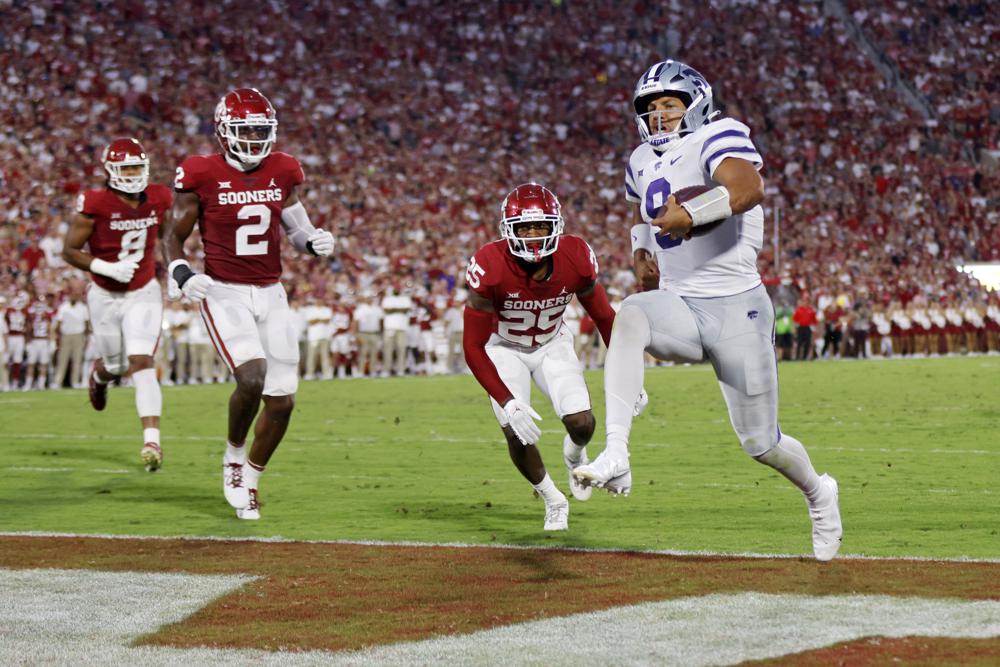 Kansas State quarterback Adrian Martinez ran for 148 yards and four touchdowns, and the Wildcats stunned No. 6 Oklahoma 41-34 on Saturday night.

Kansas State broke out to a 14-0 lead about nine minutes into the game behind Martinez’s 6-yard touchdown run and 6-yard scoring pass to Malik Knowles. The Wildcats gained 279 yards in the first half to take a 24-17 lead at the break.

Martinez scored his third touchdown run of the game from 15 yards out to put Kansas State up 34-20 over Oklahoma with 8 minutes to play.

Gabriel found Brayden Willis for a 1-yard touchdown pass with 4:36 remaining to cut Kansas State’s lead to 34-27. But on Kansas State’s next possession, Martinez broke loose for 55 yards on a third-and-16. He finished the drive with a 1-yard scoring run — his fourth rushing touchdown of the game.

Gabriel found Willis for a 10-yard touchdown pass with 35 seconds left, and the Sooners cut the deficit to 41-34.

Kansas State: The Wildcats showed resilience and found a way to once again win in Norman — just as they did in 2012, 2014 and 2020. They beat up a defense that had allowed just 30 points in its first three games.

Oklahoma: The Sooners’ defense, which was tough during nonconference play, surrendered 509 total yards and 275 yards rushing.

The Sooners missed an opportunity to climb, with Clemson going two overtimes before holding off Wake Forest and Michigan having trouble before defeating Maryland. They’ll likely take a steep drop.