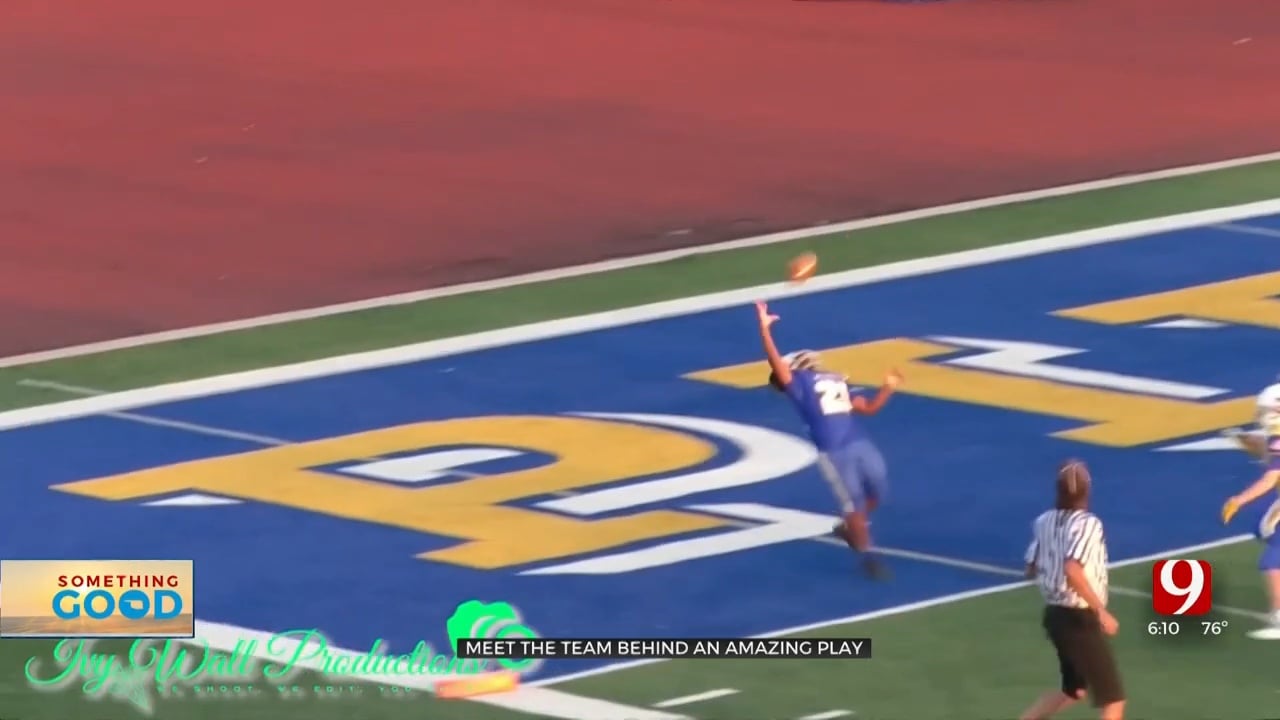 No matter the level of football, rivalries run deep. Making a massive play against your hated foe? Now that’s one of the best feelings in the world.

Like every other football team, the kids on the Piedmont sixth grade team work really hard.

“They’re leaders on the team, they all get together, they do what they need to do,” said Arthur Bruton, head coach of Piedmont’s sixth grade football team.

Last Saturday, the team was playing against Stillwater, one of their biggest rivals.

“When you talk about rivalries right, for kids, these kids have played Stillwater every year. Last year they really got the upper hand on us,” said Bruton.

But this year, this team went in with a new determination.

“We had a game plan, we came in, we actually held the ball the entire first quarter,” said Bruton.

The game would eventually come down to a fourth and goal play, with Stillwater up by a touchdown.

The defense sent pressure, but quarterback Maddux Caram did not want to let his team down.

“I was running in circles trying to not get tackled and escaping pressure,” said Maddux.

Determined not to get sacked, Maddux was running for his life.

“And then once I turned around, I was like twenty yards behind the line of scrimmage, and then I saw Aaron in the endzone,” said Maddux

In that moment, running back Aaron Bruton knew he had to get open.

“I tried to get where I needed to be, and the quarterback made a good pass under pressure,” said Aaron.

Maddux made the throw, and Aaron made the incredible one hand Odell Beckham Jr. style catch in the endzone to tie the game.

“I was really excited when I realized I caught it and I saw the ref say touchdown, and then I was just, really, really excited,” said Aaron.

“I was laying on the ground and I saw him catch it and I got up and ran to him,” said Maddux.

“I never expected that, but he did it and he was excited, and the team was excited and of course as a dad I was super excited. Then I had to get right back into coach mode, ok let’s go, let’s try and get an extra point,” said coach Bruton.

The circus catch sent the game into overtime where unfortunately the team lost.

“We start on the 25, and we have four downs and whichever team gets the most yardage wins. The final score was 15 to 14 because they got one yard,” said coach Bruton.

The team was disappointed with the loss, but proud of the team effort

“It was a good game and I think that our team did good,” said Aaron.

The coaches and the team have moved on from that game and the big play, they are now totally focused on the rest of the season.