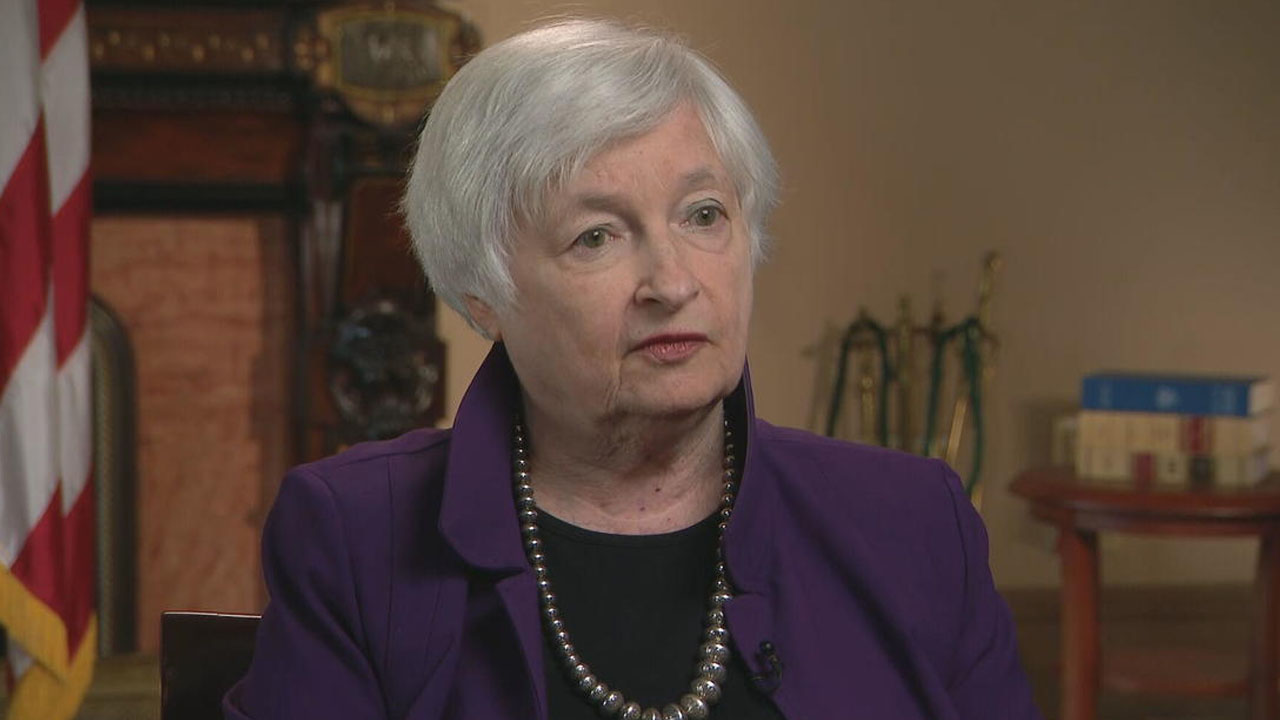 "Inflation remains a problem, and obviously is of tremendous concern to Americans," she told CBS News chief White House correspondent Nancy Cordes in an interview Wednesday.

"The prime job here rests with the Federal Reserve," said Yellen, who used to be the Fed chair. "We want them to independently use their best judgment on this. And we're trying to take actions that complement theirs."

She cited, for instance, President Joe Biden's releases from the Strategic Petroleum Reserve, which Yellen credited with contributing to reducing gas prices, which she pointed out have continued to fall in recent months, "in total this summer, about a $1.30 — so, that's a positive."

And the climate and health law passed this summer "should over time bring down prescription drug prices and hold down health care costs, insurance costs for Americans," Yellen predicted.

Yellen noted that "overall, prices were almost flat last month in August, and that's important." She added that that represented "two months in a row" in which overall prices haven't increased. However, while inflation in August did slow for a second straight month, prices are closing in on a four-decade high for groceries, shelter and medical care, offsetting the drop in gas prices.

Prior to Tuesday's inflation report, Wall Street analysts had anticipated that inflation was slowing and expected the Fed to raise short-term interest rates by 0.75% next week, with smaller rate hikes to follow. Now, some traders think rates may rise by a full point when the Fed meets next week.

Yellen also weighed in on Europe's expected energy woes. "This winter is going to be tough and challenging for our European neighbors," she said, but she added that their "heroic attempts" to reduce dependence on Russian energy could help mitigate that. Europe also faces the threat of a recession, which Yellen acknowledged could have a "spillover" effect for the U.S. economy, but told Cordes that "we shouldn't exaggerate how significant it would be."

The treasury secretary also promised Americans would find it easier to file their taxes during the next filing season. In the last filing season, which ended in April, the IRS was only able to handle 10% of the calls it received. For the next filing season, Yellen says the Treasury Department has plans to add 5,000 new customer service representatives, making it possible for the agency to handle 85% of taxpayers' calls. She said Americans can look forward to a "far happier" experience when calling the IRS next season.

A portion of the funding for the IRS will go to ensuring that wealthier Americans are paying their fair share of taxes, too. "The focus will be on those who are not paying what's owed," she said, adding that some $7 trillion in tax money could go unpaid in the next decade.

Kristin Brown and Irina Ivanova contributed to this report.