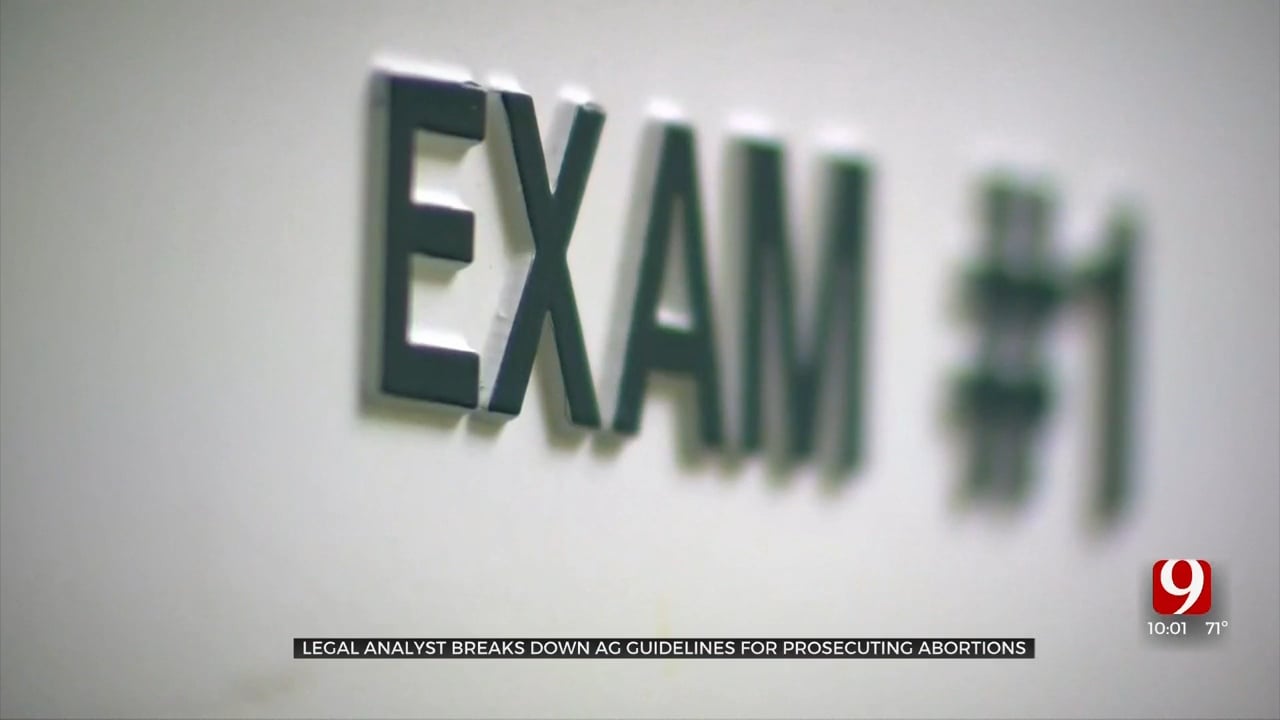 A new law criminalizing abortion took effect over the weekend. This time, increasing the penalties for those who perform abortions or help someone get one in our state.

The Oklahoma Attorney General provided guidelines to law enforcement following the passage, which is one of the most restrictive abortion laws in the country.

The Attorney General emphasized that none of the laws in Oklahoma punish the person getting the abortion.

“There is not going to be a doctor in this state that is going to advise a client to get an abortion without going through law enforcement or their attorneys. They know they themselves, doctors, can be prosecuted,” said Irven Box, an Oklahoma Attorney.

Under the new law, criminal or civil penalties can come to those who perform or help someone get an abortion in the state.

“I don’t think the state of Oklahoma has any jurisdiction whatsoever should a woman elect to go outside this state,” said Box.

The attorney also provided perspective on those who help people get the medical procedure in another state, where it's legal.

“If someone here in this state, a doctor, whoever else, medical personnel says ‘you need an abortion. It is illegal in Oklahoma you need to go to Kansas, or you need to go to a neighboring state or state that allows for a lawful abortion’ I don’t think there is any crime,” he said.

The Attorney General cited four exceptions to the law: unintentional miscarriages, Ectopic pregnancies, IVF and contraception including Plan B.

“Our law is really crazy, it doesn’t provide for women who are raped or incest to get an abortion,” he said.

If a pregnant person’s life is in danger, an abortion can be provided legally in Oklahoma after consulting with authorities.

“A doctor has to check with the District Attorney before they get an abortion if he thinks that the child or the woman’s life is in danger,” said Box.

In his memo, The Attorney General said DA's and law enforcement should "refrain" from punishing people who advocate for abortions.

In a statement a local clinic said, “In the wake of Oklahoma's authoritarian abortion bans, Trust Women Oklahoma City clinic is fully complying with the law and no longer offering abortion care.”

“We remain dedicated to serving our communities in OKC and across the state, and over the coming months, we will continue to expand our reproductive health care offerings to meet the needs of all Oklahomans,” said the spokesperson for the clinic.