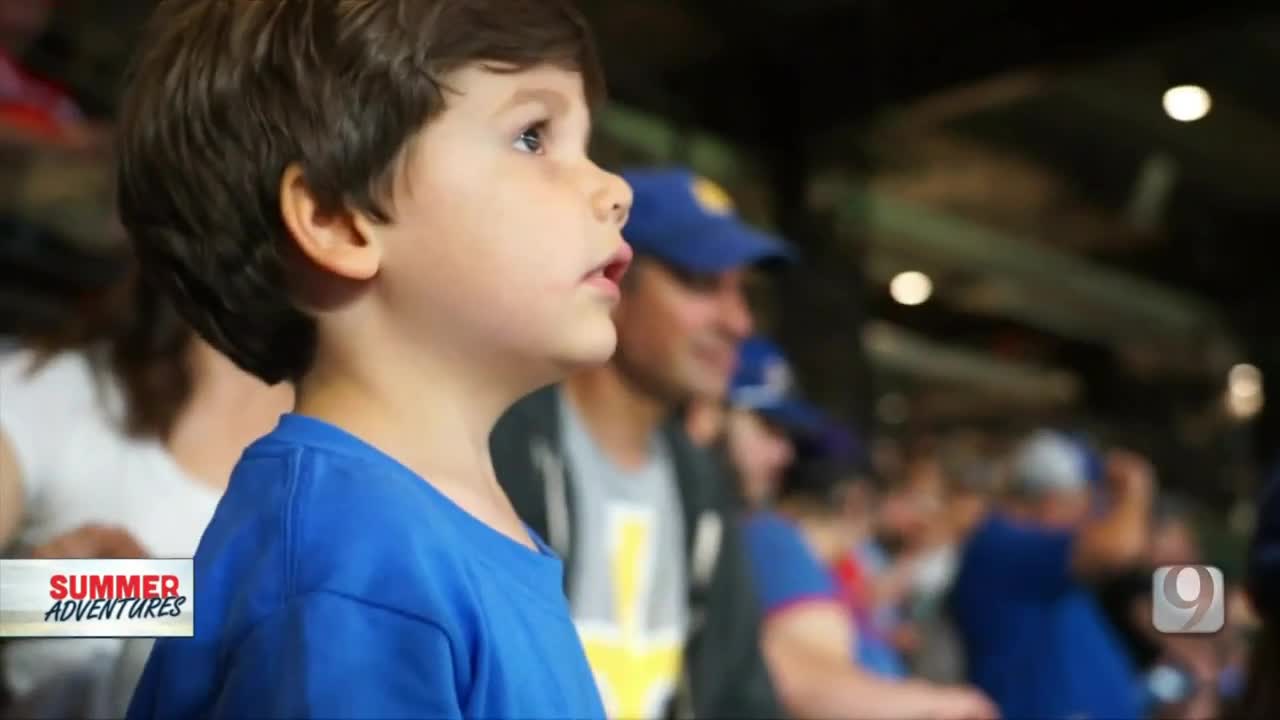 In another grand summer adventure, News 9 anchor Karl Torp took a classic form of transportation to Fort Worth in quest of the national pastime.

Karl and his family hopped aboard the Heartland Flyer, among the 68,000 each year who opt for the smooth train ride to the Metroplex.

"With gas being so high it's nice to jump on the train and not have to worry about any of that," said Jared Schwennsen with the Oklahoma Department of Transportation.

It was Karl's kids' -- ages 7 and 3 -- first time aboard a train, and they had to explore everywhere.

Meanwhile, Karl found his own adventure in a second car, shooting dice for dollars with a group of Piedmont women celebrating a birthday with a trip to Fort Worth.

After arriving downtown, Karl's crew went to Joe T. Garcia's and its massive tropical patio that can accommodate up to 1,200 people. Over the decades, there have been plenty of famous faces show up at Joe T. Garcia's.

The Fort Worth staple opened in 1935.

The restaurant started with barbecue, but as the family started serving its famous enchiladas, a couple years later, a legend was born.

"If we are going to go get Mexican, there are places in Oklahoma City. But we say, 'Let's go to Joe T.,' and we get on the train and come down," said Norman resident Kenneth Smith.

He wasn't alone. Karl spotted his new friends from Piedmont spending their train winnings as well.

Next was a quick stop at a hotel called 'The Sinclair' in downtown Fort Worth before hitting the road toward Arlington for a night out with the Texas Rangers.

At Globe Life Field, it's hard not to smile. This is only the second season fans have been watching the Texas Rangers inside the new ballpark with its retractable roof, which protects fans from that hot Texas sun.

Public address announcer Chuck Morgan has seen quite a few of ballgames in Texas. This particular game was his 3,109th consecutive. His glass-enclosed offices gives fans a chance to "hear the Lou Gehrig of Public Address" -- and see him, too.

Even as fans of the opposing team, the Seattle Mariners, Globe Life Field was an amazing place for the boys to catch their very first Major League Baseball game.

The next morning was a lesson in cowboy culture as Fort Worth as a stop over for anybody traveling north from San Antonio toward the Oklahoma territories. It's estimated that 6 million from around the world visit the Fort Worth Stockyards each year to celebrate this Western way of life. There are shopping opportunities, restaurants and a museum dedicated to Hollywood's most famous cowboy, all in one place.

The world's largest honky tonk is there, too. Billy Bob's Texas. All the greats have played in this 100,000 square-foot space.

The trip to Fort Worth would end like it did more than 160 years ago, watching the Drovers bring in the herd. Twice daily, 17 Longhorn steers are brought through the streets of the Stockyards -- and at this district on the National Register of Historic Places, it's more than just a show.

Summer Adventures: You Can 'Wine Down' In Oklahoma