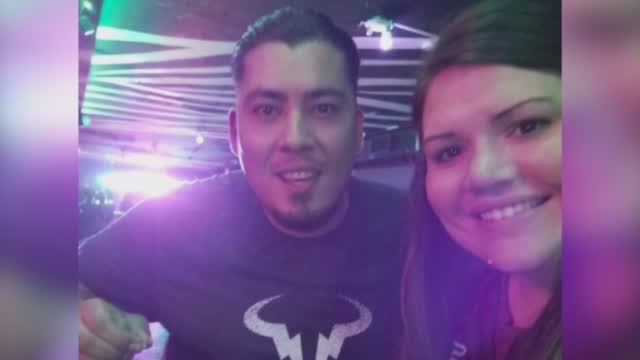 Authorities are searching for a woman last seen earlier this month who might be with her boyfriend. The boyfriend is accused of murder in Texas.

Treto-Padilla was last seen driving her white 2009 GMC Acadia with Oklahoma license plate LPV‐540 when she left her job in the Wayne, Oklahoma, area.

Investigators suspected Treto-Padilla may be accompanied by her then boyfriend, Francisco Velasquez, also known as Mike "Paco" Mendoza.

As part of the investigation, investigators found Velasquez has an active arrest warrant for murder out of Texas where a man was killed at a San Antonio restaurant in 2018.

Velasquez is 36 years old. He is described as a Hispanic male about six feet tall and weighing about 230 pounds. Velasquez also has black hair and brown eyes and has multiple large tattoos on his chest and arms.

“We’re weighing on the side of she is voluntarily absent,” said McClain County Sheriff's Office Detective Bryan Murrell. “We have no indication right now that she was taken against her will or forced to leave. I believe she may have been planning to leave with him for some time.”

As a result of the information about Velasquez’ fugitive status, the McClain County Sheriff's Office reached out to the U.S. Marshals Service regarding this case. The marshals are assisting.

“One of her (Treto-Padilla) last known whereabouts through some digital records was in McAllen, Texas,” said Murrell. “Right now, we don’t have any time frame after that. That was on (November) 6. He has ties to Mexico, she’s been to Mexico with him.”

Velasquez should not be approached as he is considered armed and dangerous.

Please call 911 with any information you may have regarding either Treto-Padilla or Velasquez.

You may submit a tip at McClainCountySheriff.com or call 405-527-4600. You may also submit a tip to the US Marshals Service at usmarshals.gov/tips. Tipsters may remain anonymous.

Man Accused Of Killing Toddler At Enid Motel Due In Court

Oklahoma Correctional Officer Killed, ‘Attacked From Behind’ At Holdenville Facility