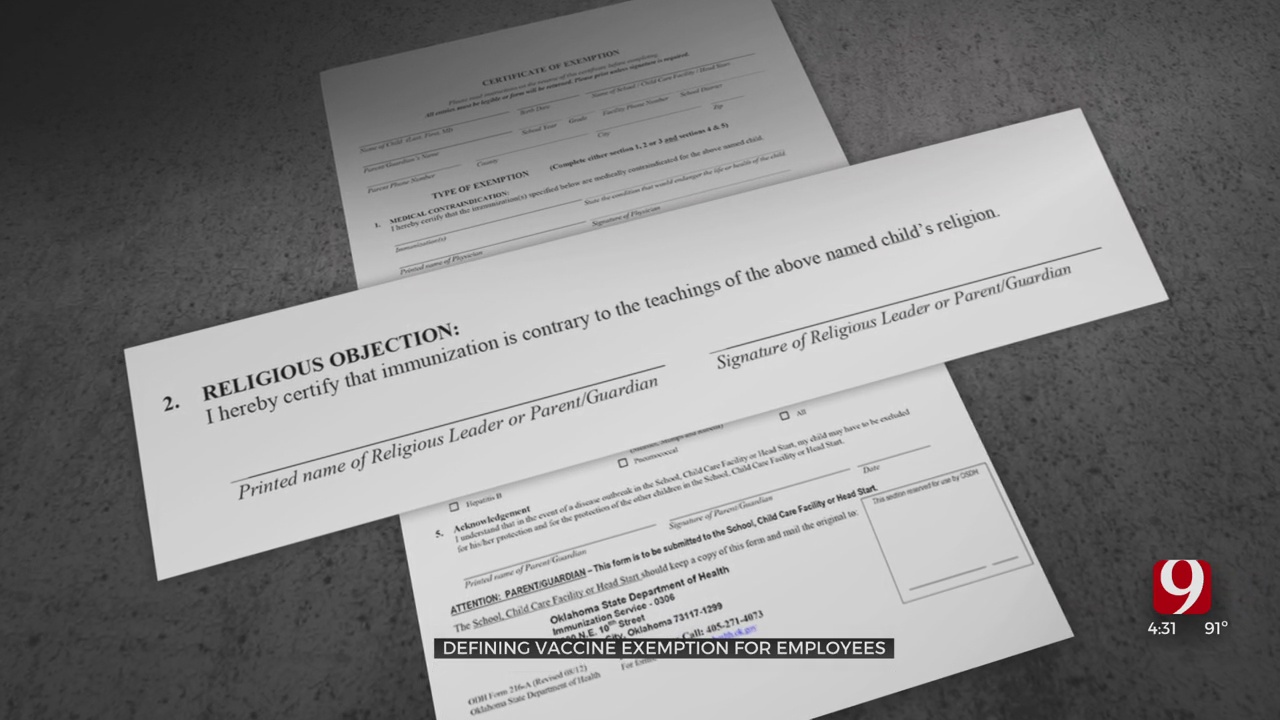 With vaccine mandates being implemented across the country, some individuals can still be exempt.

In the past, employers have granted religious exemptions more liberally, but now, due to COVID, they are taking a closer look due to an uptick in applications.

As of right now, Oklahoma has a statute that allows parents to decide not to vaccinate school age children based on personal beliefs in addition to religious beliefs but does not have one for personal beliefs for employees in the workforce.

According to the U.S. Equal Employment Opportunity Commission (EEOC), Title VII requires employers to accommodate religious beliefs, practices, and observances if the beliefs are “sincerely held” and the reasonable accommodation poses no undue hardship on the employer.

However, per Title VII, if an employee requests religious accommodation, and an employer is aware of facts that provide an objective basis for questioning either the religious nature or the sincerity of a particular belief, practice, or observance, the employer would be justified in requesting additional supporting information.

Lawyer Elaine Turner, director of Hall Estill Attorneys at Law, said these reasons are often mixed up with issues regarding philosophical, political or personal beliefs.

“If someone’s reasoning is political or that they don’t trust the science, that’s not going to work,” Turner said. “But, if it’s someone who rejects the way it was developed, like through fetal tissue, if their religious beliefs object to using that type of tissue that would be injected into their body, that is something that is maybe held to be a religious exemption.”

Turner said applications will be different for each individual, but employees should not shy away from asking specific questions and getting proper documentation.

“The employer is allowed to ask questions about the beliefs to decide if it rises to that level protected by Title VII.”

The interactive process involves providing proof that the religious belief has been lifelong and not just for convenience.

In regard to the recent United Airlines decision to put employees with an exemption on unpaid leave, Turner said that is legally reasonable.

“The accommodation the airline settled on was that the individual isn’t terminated,” Turner said. “But the employer can safely determine when to allow the employer to return.”

However, Turner said there are other ways to accommodate employees who are granted exemptions that don't involve being put on leave.

They include being tested weekly, being required to wear a mask at all times, or working remotely until it is safe to return.