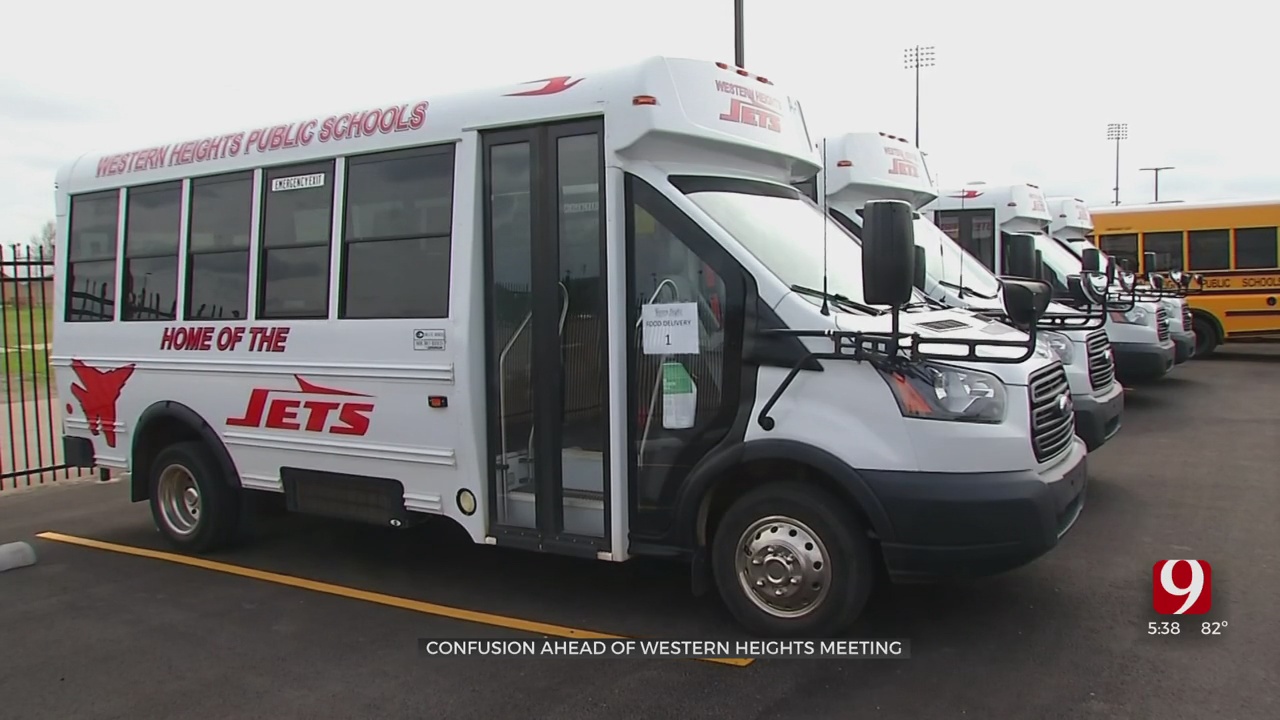 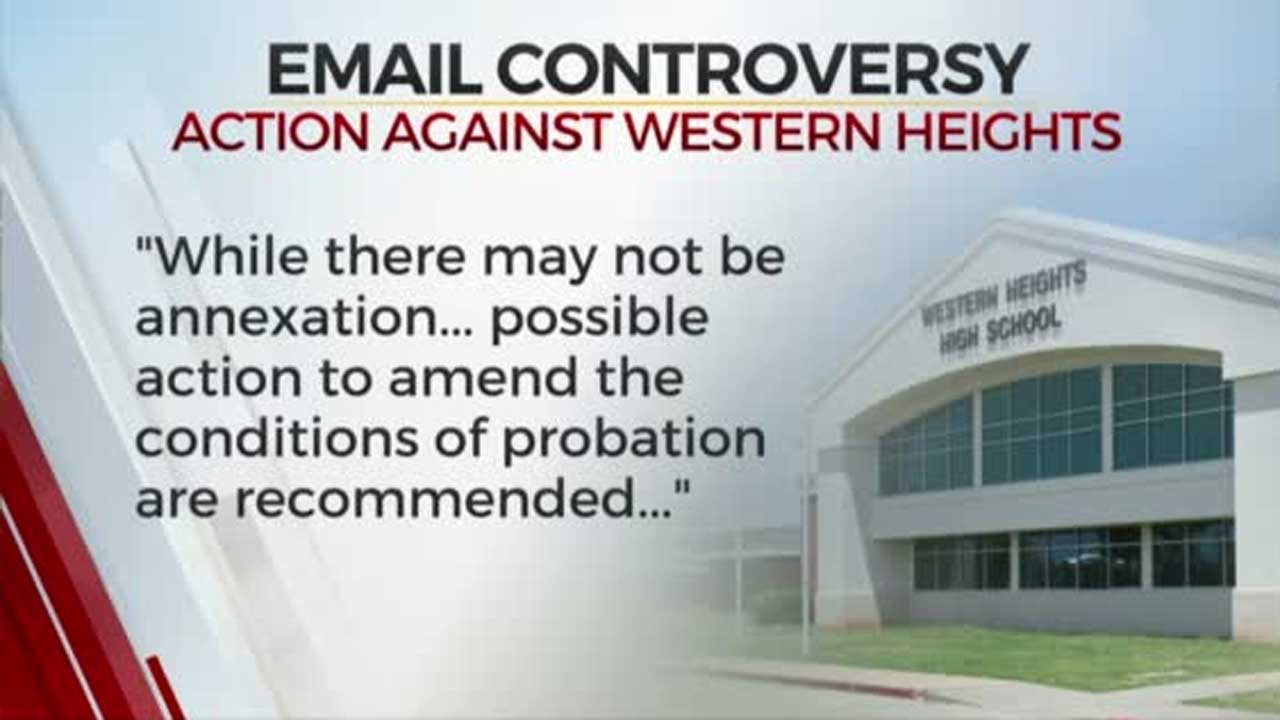 The email comes ahead of Monday’s State Board of Education meeting that could bring about big changes at the district.

The email claims that the Western Heights School District will not be facing action from the State Board of Education Monday, but the opposite is true.

In fact, the board of education will be considering options to intervene in administration at the district.

Race shared some information from the school board’s attorney about a court hearing last Thursday.

Attorney Jerry Colclazier claimed that the state board of education told a judge that they would not be action taken against the district during their meeting on Monday.

However, State Board of Education spokespeople confirmed to News 9 Sunday that assertion is ‘absolutely false.’

“The record from the hearing is clear, and so is the agenda for tomorrow’s meeting,” the state in a statement. “While there may not be annexation, possible action to amend the conditions of probation are recommended, including full state intervention.”

In June, the state board suggested several options for intervention at Western Heights if district administration failed to act on the corrective actions the state asked them to follow up with before the end of their 90-day probation. The probation period ended Thursday.

When Western Heights was given a final warning about pending intervention during a June 23rd board meeting, it has been difficult to confirm if the district has taken any of the instructions from the state board seriously.

News 9 has tried to confirm whether or not changes are being made but have had difficulty confirming the information as Western Heights’ administration has not been forthcoming.

In Kim Race’s email, she apologizes to staff for the “uncertainty,” and claims the school board is working to resolve issues but offers no details.

Last Thursday, the Western Heights school board tried to have a judge stop Monday’s action but were denied their emergency request for relief.

On the agenda for Monday’s meeting, the state board will be considering Western Heights accreditation status and could make changes to the conditions of their probation.