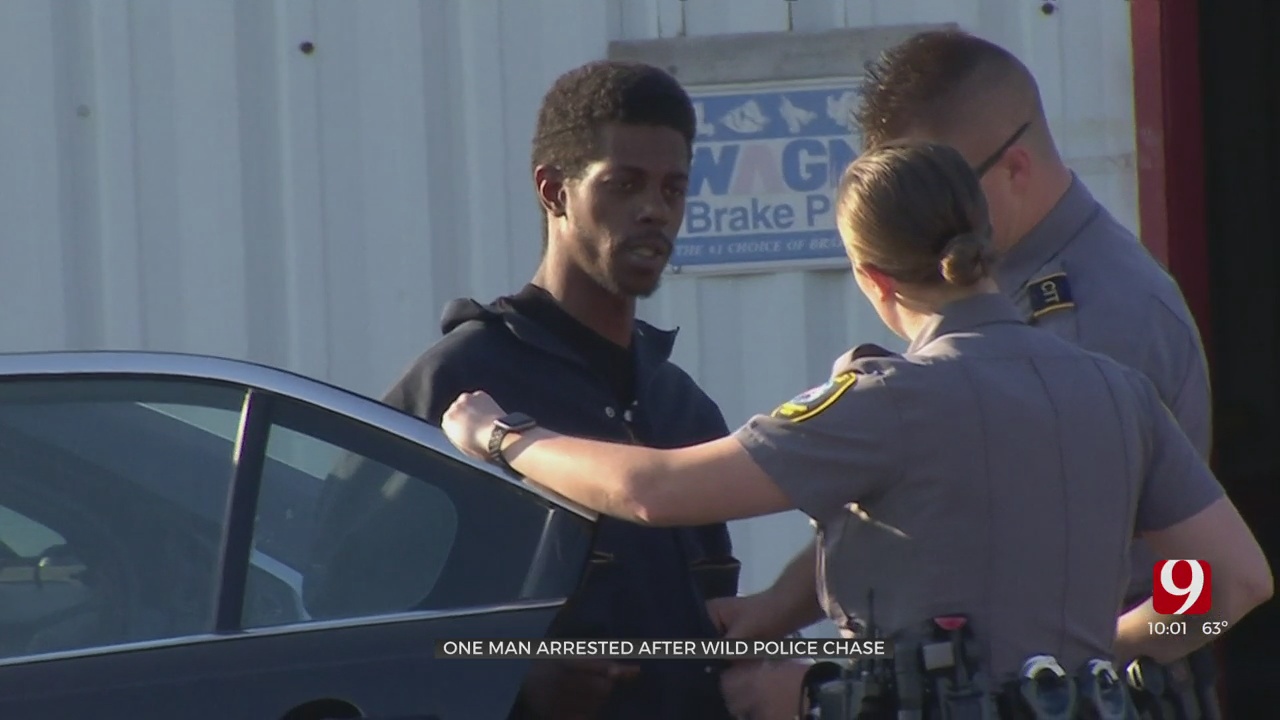 An armed suspect accused of leading authorities on a wild police chase was taken into custody Thursday.

The unidentified suspect collided into the vehicle of an innocent driver at the intersection of Southeast 44th and High in Oklahoma City.

Following the crash, he attempted to run away but was tackled and caught by officers.

News 9’s Barry Mangold spoke with a man who witnessed the arrest.

WATCH: Police Chase A Vehicle At An Airport