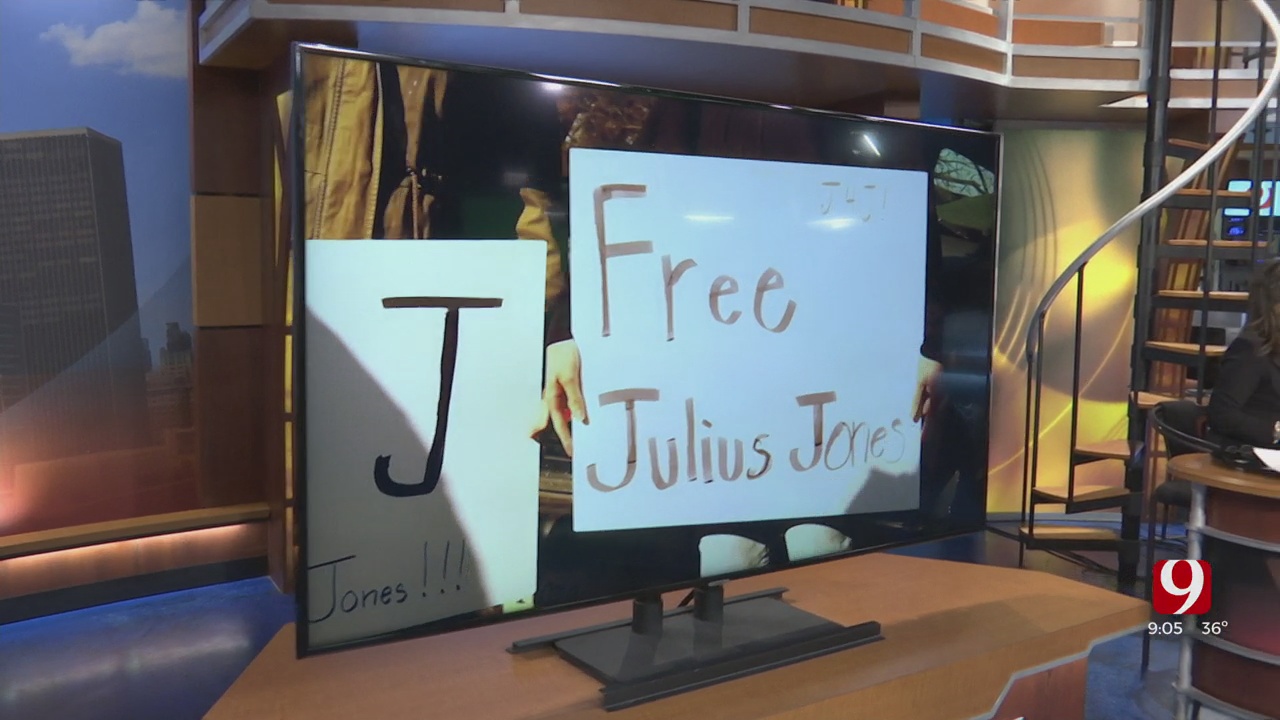 Supporters of convicted death row inmate Julius Jones will deliver a petition to the state's pardon and parole board hoping to save his inmate's life.

A rally in Jones’ honor will take place at noon Thursday at the Wesley United Methodist Church. Supporters will then walk to the pardon and parole board to deliver a petition with more than 6,000,000 signatures asking for Jones' sentence to be commuted.

Jones was sentenced to death for the 1999 killing of an Edmond man.

Jones and his supporters around the country, including multiple high-profile celebrities, believe he was wrongfully convicted.

His case is on the Pardon and Parole Board's docket for March.

Cece Jones-Davis started the petition back in 2019 on Change.org. She hopes the board realizes the importance any decision they make.

"There are a few people that can make a very important decision about this man. He doesn't have any other option," Jones-Davis said.

In the stage one hearing next month, the parole board will do an overview of Jones' case. In stage two, there would be a lengthier, more detailed hearing process that ends with a recommendation on whether to commute Jones' sentence.

It would then go to the Governor Kevin Stitt’s desk.

The Pardon and Parole board told News 9 they expect the first stage to start on March 8.