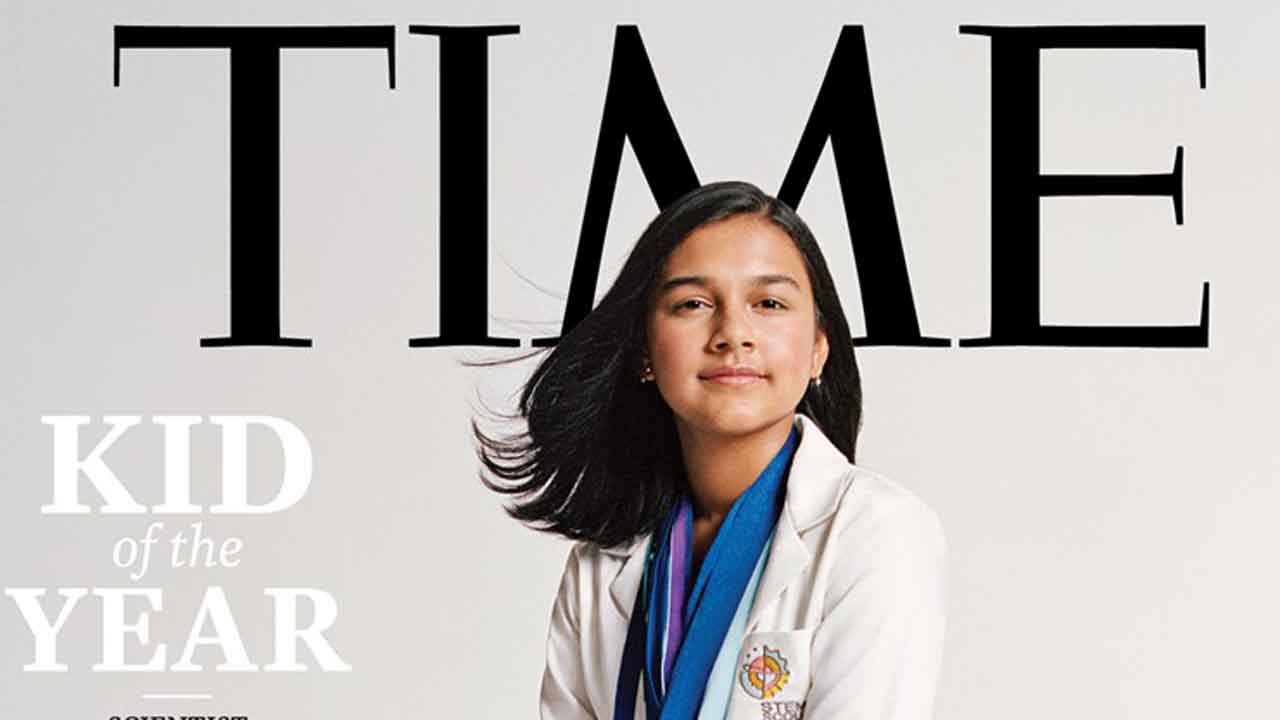 TIME, TIME for Kids and Nickelodeon announced 15-year-old scientist and inventor Gitanjali Rao from Colorado as the 2020 Kid of the Year, the multiplatform initiative recognizing extraordinary young leaders who are making a positive impact in their communities.

In an interview with Angelina Jolie for TIME, Rao spoke about her work using technology to tackle issues ranging from contaminated drinking water to opioid addiction and cyberbullying: “I don’t look like your typical scientist. Everything I see on TV is that it’s an older, usually white man as a scientist. It’s weird to me that it was almost like people had assigned roles, regarding like their gender, their age, the color of their skin. My goal has really shifted not only from creating my own devices to solve the world’s problems, but inspiring others to do the same as well. Because, from personal experience, it’s not easy when you don’t see anyone else like you. So I really want to put out that message: If I can do it, you can do it, and anyone can do it.”

Each of the top five Kid of the Year honorees will receive a cash prize from Nickelodeon and have the opportunity to serve as a Kid Reporter for TIME for Kids with exclusive access to a Nickelodeon event. For additional information about the initiative, visit KidoftheYear2020.com.

Nickelodeon’s Kid of the Year is sponsored by ©2020 The LEGO Group and Lysol®.

TIME is a global media brand that reaches a combined audience of more than 100 million around the world, including over 40 million digital visitors each month and 45 million social followers. A trusted destination for reporting and insight, TIME’s mission is to tell the stories that matter most, to lead conversations that change the world and to deepen understanding of the ideas and events that define our time. With unparalleled access to the world’s most influential people, the immeasurable trust of consumers globally, an unrivaled power to convene, TIME is one of the world’s most recognizable media brands with renowned franchises that include the TIME 100 Most Influential People, Person of the Year, Firsts, Best Inventions, World’s Greatest Places and premium events including the TIME 100 Summit and Gala, TIME 100 Health Summit, TIME 100 Next and more.

About TIME for Kids

Since 1995, TIME for Kids has delivered age-appropriate news and current-events content to millions of students in elementary and middle school classrooms across the U.S, and, now, for the first time, to homes, to keep kids learning, help them understand the news, and connect them to the world. Each week, TIME for Kids presents news in a format that teaches young readers to become critical thinkers and informed citizens. As an educational publication, the mission of TIME for Kids is to help teachers and parents engage kids with the world around them and inspire them to join the conversation about current events.

Nickelodeon, now in its 41st year, is the number-one entertainment brand for kids. It has built a diverse, global business by putting kids first in everything it does. The brand includes television programming and production in the United States and around the world, plus consumer products, digital, location based experiences, publishing and feature films. For more information or artwork, visit http://www.nickpress.com. Nickelodeon and all related titles, characters and logos are trademarks of ViacomCBS Inc.