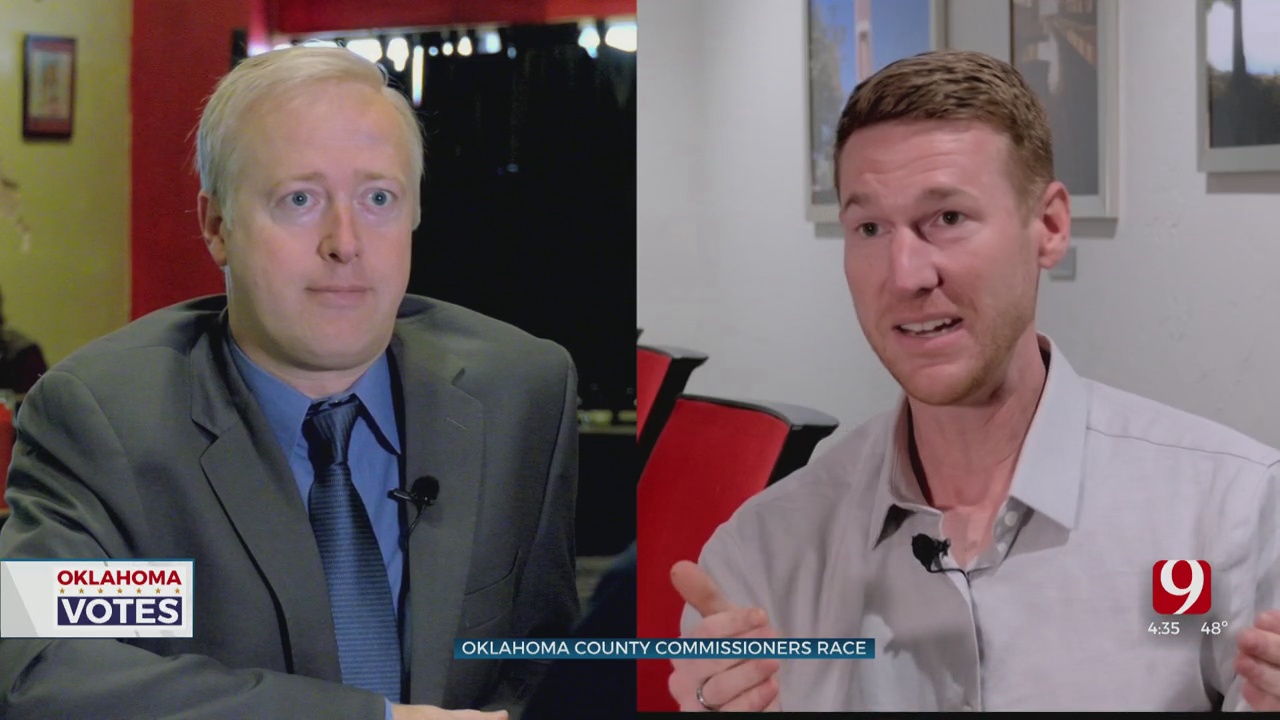 From the jail, to COVID-19 relief funds and protests disrupting public meetings, there has been a lot of attention paid to Oklahoma County government in 2020.

Voters will have a chance to vote on one of three county commissioners next week, deciding if the board remains under 2-1 Republican control, or if it shifts to the left.

The race is between Republican Incumbent Brian Maughan, seeking a fourth term, and political newcomer hoping to shake things up, Democrat Spencer Hicks.

“I’m a strong law enforcement supporter, I’ve wanted to find other alternative ways to handle situations other than resorting to a tax increase,” Maughan said.

Hicks worked for six years in Governor Brad Henry’s office before joining a business development firm. He said transparency in county government is a top priority.

“It seems a little bit like a circus,” Hicks said. “County government, in my opinion, should be interesting not excited. It should be fixing roads, funding the sheriff’s department, getting the jail spending under control.”

Hicks said county commissioners should not decide whether to allow ICE in the jail. He said that’s something better left to the jail trust.

Earlier this month, Maughan voted for a resolution reaffirming support for ICE.

“Even if the trust is running the day-to-day operations, the charge in care of the building itself is county owned and so I don’t want any federal law-enforcement agency denied entry into a county building,” he said.

Hicks questions the board giving $40 million of $47 million in federal COVID-19 relief funds to the jail.

Maughan said the money was narrowly required to be spent on county government needs.

“There’s no way to help businesses with this money,” he said. “It was to help Oklahoma County and that means the county government not the residents in it necessarily.”

State Leaders From Both Parties Work To Fix Budget Issues