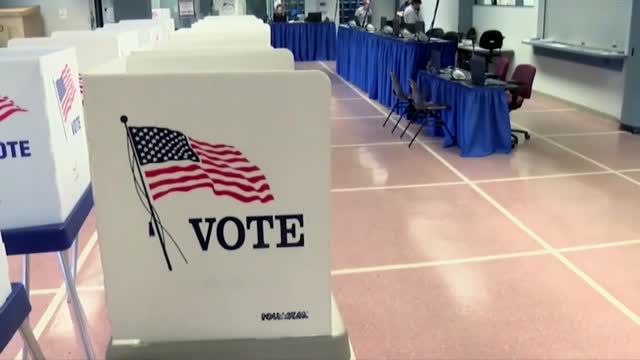 As Election Day nears, experts warn the Internet is being overrun with misinformation meant to distract voters and undermine the election process, especially on social media.

Targeting voters with misinformation on social media isn't new, but experts said this election cycle is seeing the highest volume of falsehoods ever posted online.

"We do see things targeted to different groups of people, and sometimes by age groups,” said Consumer Reports’ Kaveh Waddell.

He said this year, voters are being flooded with false posts from various sources meant to undermine the election process itself, including lies about when, where, and how to vote.

"Some of them just say, you know, you can text or call in your vote this year, which of course isn't true, you can only use a mail-in ballot or vote in person,” Waddell said.

Scrolling through his Twitter feed, Cole Fremed encounters all kinds of political posts that he says are works of fiction.

"I mean, I even had my mother send me something what her friend sent her on Facebook, and it was so blatantly incorrect, but they still think like well, it was on Facebook and Facebook is legitimate, so this has to be legitimate,” he said.

Social media companies like Facebook and Twitter say they are working to stop the spread of misinformation online, even removing posts that include false claims. But the question is: Is it enough?

She said most of the false posts she spots online have already been shared hundreds or even thousands of times, often before they're flagged, and by then, the damage is done.

"I think people read things on the internet, believe it, and then that reflects in how they vote,” Concepcion said.

She hopes more voters will take the time to do their own research and help stop the misinformation spread.