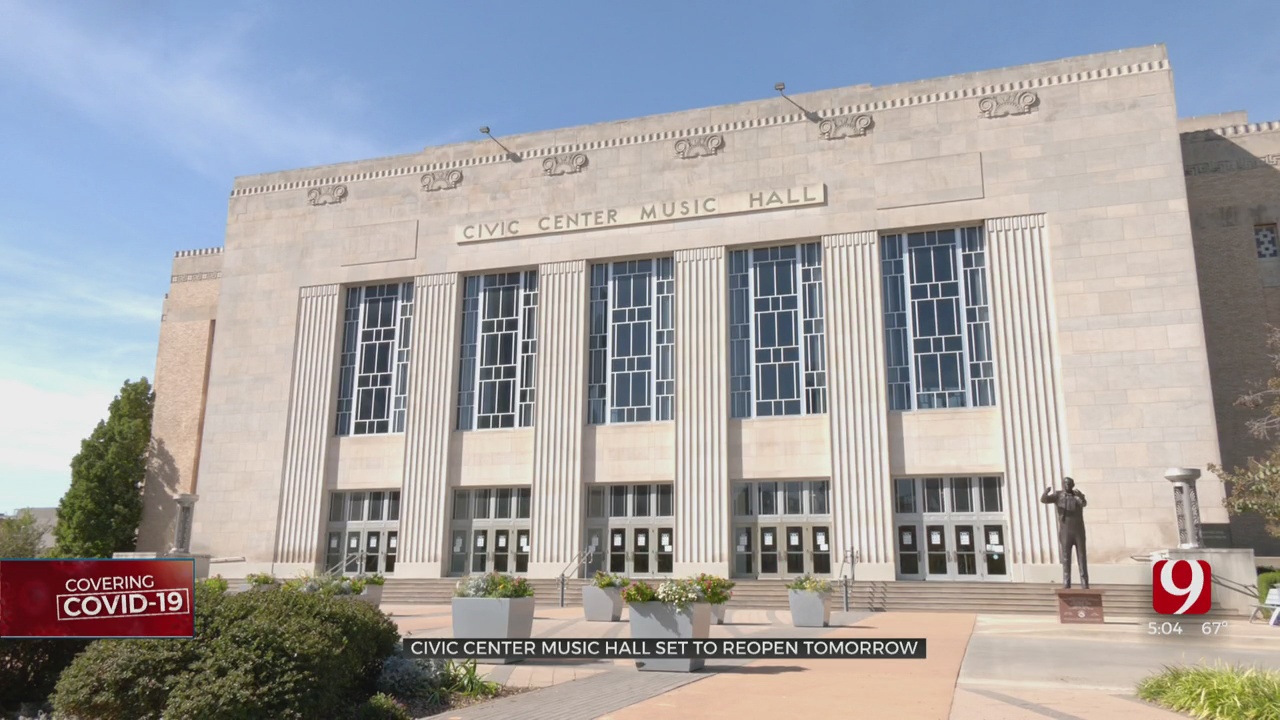 The Civic Center Music Hall is set to reopen Saturday with the OKC Philharmonic. The facility shut down about seven months ago due to the pandemic.

Elizabeth Gray, executive director of the Civic Center, said extreme safety precautions have been taken to protect guests and staff.

The performance will last only one hour without intermission.

“We have done quite a bit of retrofitting in our facility itself; touchless restrooms, and installed the famous Merve 13 filters,” Gray said.

According to Gray, the seating will be socially distant, decreasing capacity down to 30%

While the experience will be full of safety precautions, it’s a huge step for the Civic Center.

The doors closed just as OKC was about to open tour of the Tony-winning Oklahoma! revival.

“It was of course disappointing. We had geared up, worked with the producers,” Gray said.

Now, Gray is trying to coordinate with producers around the country to bring Broadway back.

In the meantime, Oklahoma’s musicians will start taking the stage again.

The Civic Center has an upcoming lineup of the Canterbury Voices, Oklahoma City Ballet and more.

“We keep track of our economic impact and it can range anywhere from $40 to 60 million a year, that just the Civic Center Music Hall provides to the surrounding Oklahoma City metro area,” Gray said.