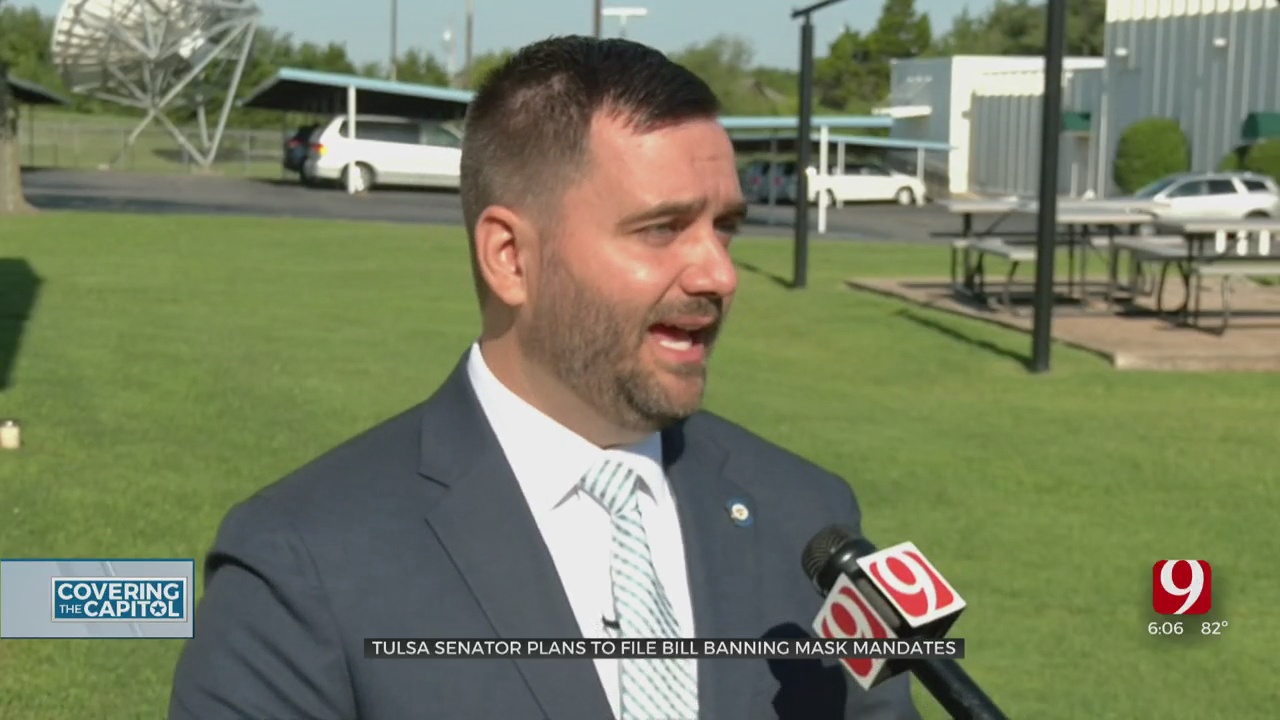 A Tulsa area state senator is proposing a law that would make it illegal for communities to mandate masks.

Republican Senator Nathan Dahm of Tulsa County has already started a petition to gather signatures of people who are opposed to mandatory mask requirements like those we’re seeing here in Oklahoma City. Now, Dahm plans on drafting a law.

Governor Kevin Stitt has not called for a statewide mask mandate, so communities around the state are doing it piecemeal.

Senator Dahm doesn’t believe they have the authority, so Dahm said he has gathered a few thousand signatures of folks opposed to mask mandates, and plans to present them to his colleagues in the state legislature.

“There could be and needs to be clarity in the law, in the authority that cities have, these different levels of government, the authority of things that they do have and things they shouldn’t be doing, so we will be looking at legislation for next year.” Dahm said.

“Even with a regular surgical type mask, a non-N95 type mask we can see as much of a reduction of about 70 percent in the amount of transfer of the virus from person to person,” American Academy of Pediatrics Oklahoma Chapter Dr. Dwight Sublett said. “We not only recommend it to the public but to make it as a mandate.”

“There’s a lot of doctors that have said that masks do not work,” Dahm said. “In fact, the research that was done before this pandemic studying pandemics for several decades have said that masks are ineffective and barely effective in a sterile surgical environment. I do believe in local control, but the most local you can get is the individual. And again, that’s why we say it should be up to the individual to make that decision, not government to be forcing it up on you.”