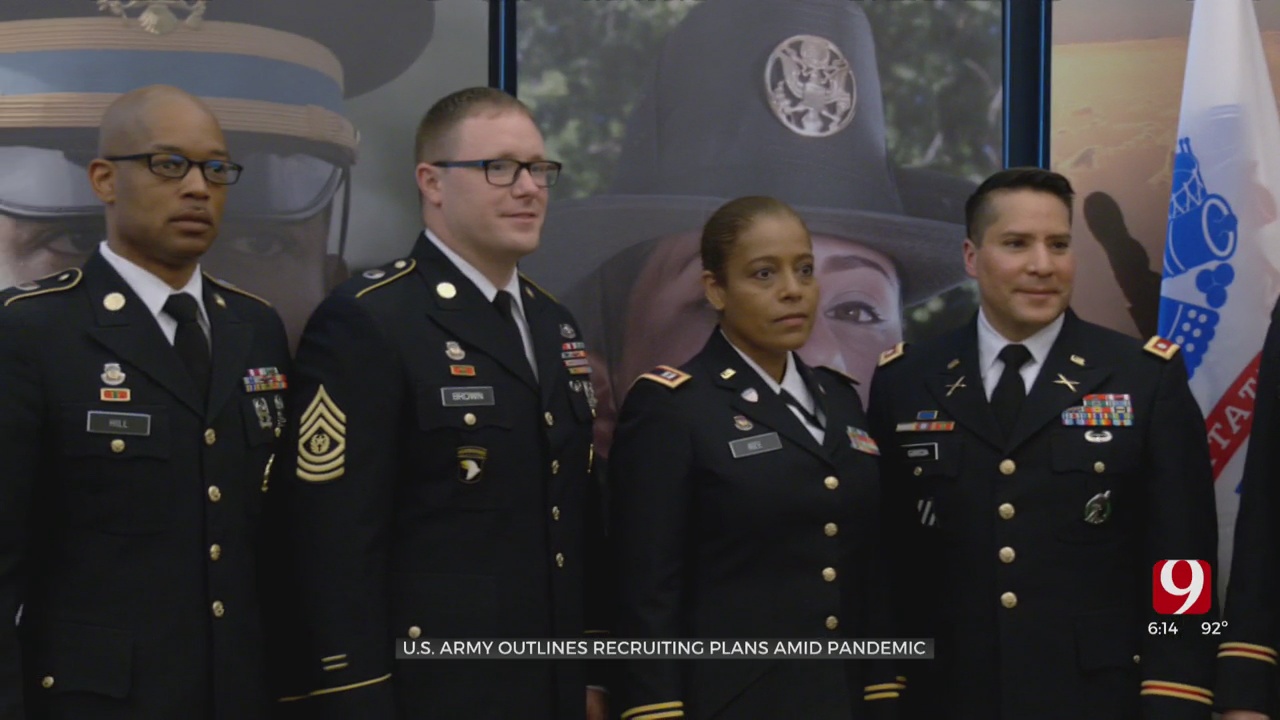 The United States Army is replenishing its ranks. Coming out of an unprecedented time, the Army is doing something it has never done before.

First it was COVID-19. The New York Times reports that 5,500 fewer people enlisted in March than expected.

"A lot of people don't like to think about the term war, so that kind of makes it harder whenever there is any type of unrest to do any type of recruiting," said Captain Mable Agee, Operations Officer at the Oklahoma City Recruiting Battalion.

During the pandemic, the Army has had to change the way they recruit.

"We've utilized different social media sites, but it hadn't been maybe a primary source that we use," said Master Sergeant Troy Hill, Senior Master Trainer with the OKC Battalion.

Which sets the stage for a historic event. For the first time in the Army's history, it's holding a nationwide virtual hiring days event, using everything from social media to e-gaming to connect with potential recruits.

"This hiring event coming in is made and kind of designed to have that deficit made up and strengthen our Army as a country," said Master Sergeant Robert Beck, Operations NCO with the OKC Battalion Reserve Recruiting.

You can find more information on the Army's Hiring Days event on their website.