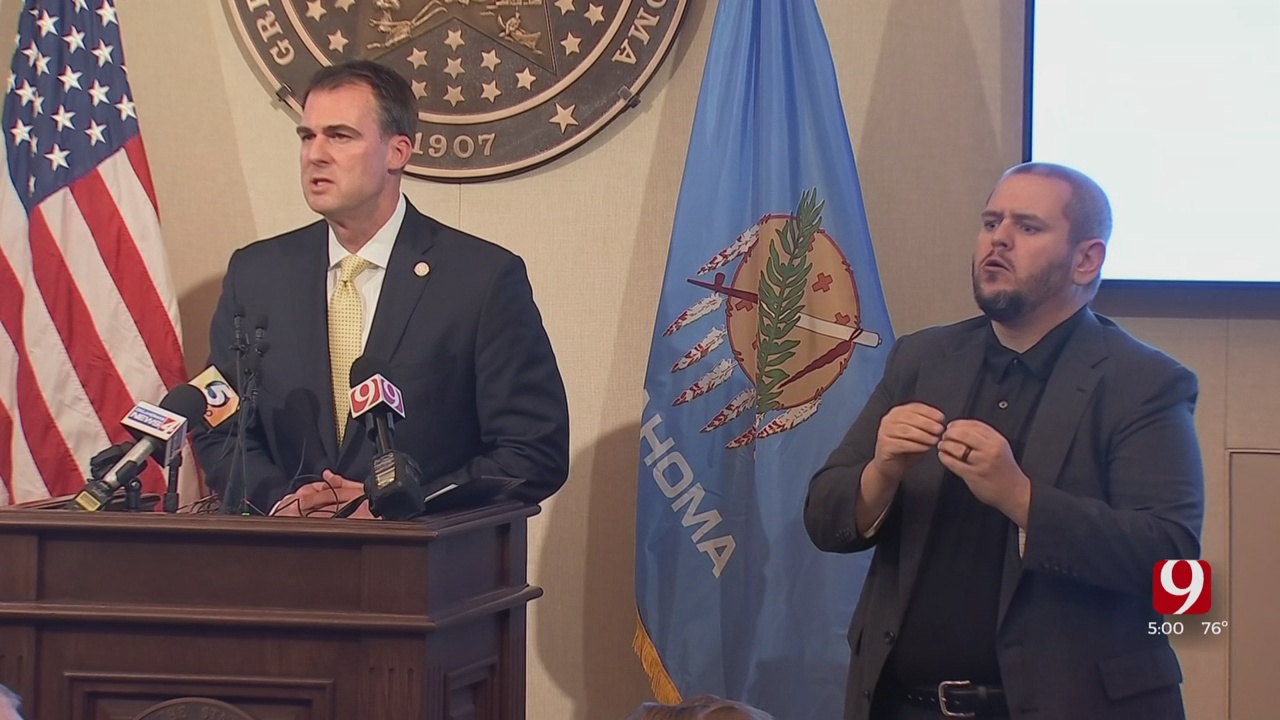 Stitt acknowledged the many Oklahomans waiting for unemployment claims to be processed and paid.

“So many Oklahomans are still out of work and are struggling with their unemployment claims,” Stitt said.

According to state officials, the system simply wasn’t built to handle such a large influx of unemployment claims at one time, but many technological kinks have now been fixed.

“As of this morning, we’ve had about 417,000 claims. Keep in mind, this system was designed for between 1,500 and 2,500 claims per week,” Secretary of Digital Transformation and Administration David Ostrowe said.

Ostrowe said staff is working diligently to pay out the many unprocessed claims.

Any suspicion of unemployment fraud can be reported to fraud@odsc.state.ok.us.

While unemployment remains a challenge to keep up with, Stitt expressed optimism regarding test results.

According to the governor, Oklahoma is right on track for the next phase of reopening set for May 15.

Phase two will include bars reopening and resuming organized events like sports, weddings and funerals.

However, the next phase is contingent upon a continued decline in positive COVID-19 cases.

“Just because we’re in good shape and the data continues to trend in our favor does not mean we can take our foot off the gas,” Stitt said.

Along with social distancing, Stitt still encouraged everyone to get tested.

The governor said 90,000 new swabs will arrive in the state this week.

Anyone interested in testing can call 211 to find a location.