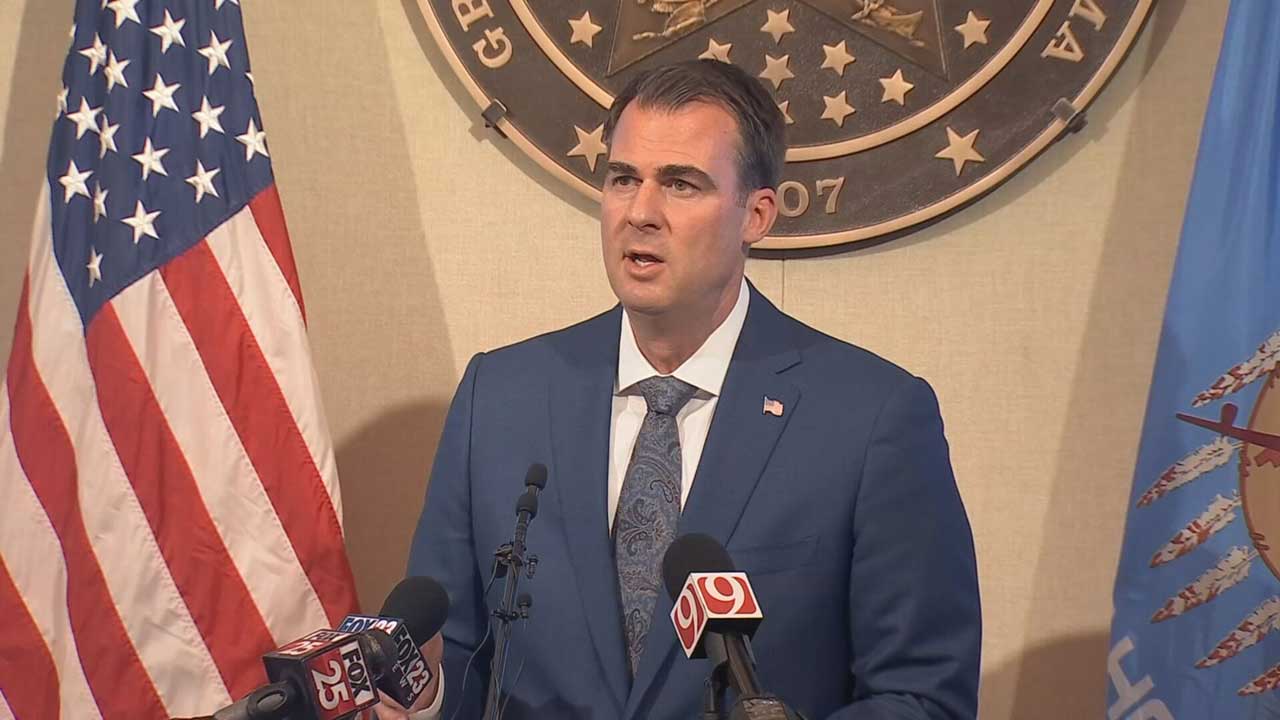 With businesses expected to reopen on Friday, Gov. Kevin Stitt is trying to reassure Oklahomans that it’s going to be safe.

Stitt held a news conference Tuesday morning where he showed off figures indicating cases of COVID-19 are going down and the state is ready to reopen.

“The data continues to show we can safely proceed with phase one of our plan to safely and measurably reopen on May 1,” Stitt said. “We have flattened the curve. Our hospitalizations peaked on March 30 in the state of Oklahoma at 560, and have slowly trended down this entire month of April.”

Stitt said the goal of the shutdown was to ensure the state had the resources and hospital beds should there be a surge in cases of COVID-19.

He said we do, with 4,600 available beds and just 258 Oklahomans hospitalized as of Tuesday.

Stitt said the state has also increased testing, and the vast majority of tests are coming back negative.

“It was just six and a half weeks ago where we had completed just a few hundred tests for COVID-19, and today, we will pass the 60,000 test mark,” Deputy Secretary of Science and Innovation Elizabeth Pollard said.

The plan going forward is to begin using saliva-based testing instead of nasal swabs, and testing all 42,000 nursing home residents and employees over the next 30 days while supplying them with pallets of personal protective equipment.

“We were able to push allotments out to every facility in the state that should supply them with five to seven days of PPE,” said Deputy Secretary of Health and Mental Health Carter Kimble.

The governor also addressed problems with getting 294,000 Oklahomans the unemployment benefits they need.

“Last week, we processed 116,000 unemployment claims on a system that was designed for about 2,500 on any given week,” Stitt said. “We’re going to get through this Oklahoma. You’ve done a fantastic job over the month of April, and so it is time for a major reopening.”

Stitt said the state still has plenty of testing kits, so if you want to be tested for COVID-19 just call 211.

Oklahoma's Own Haley Weger On Driving Conditions In Norman