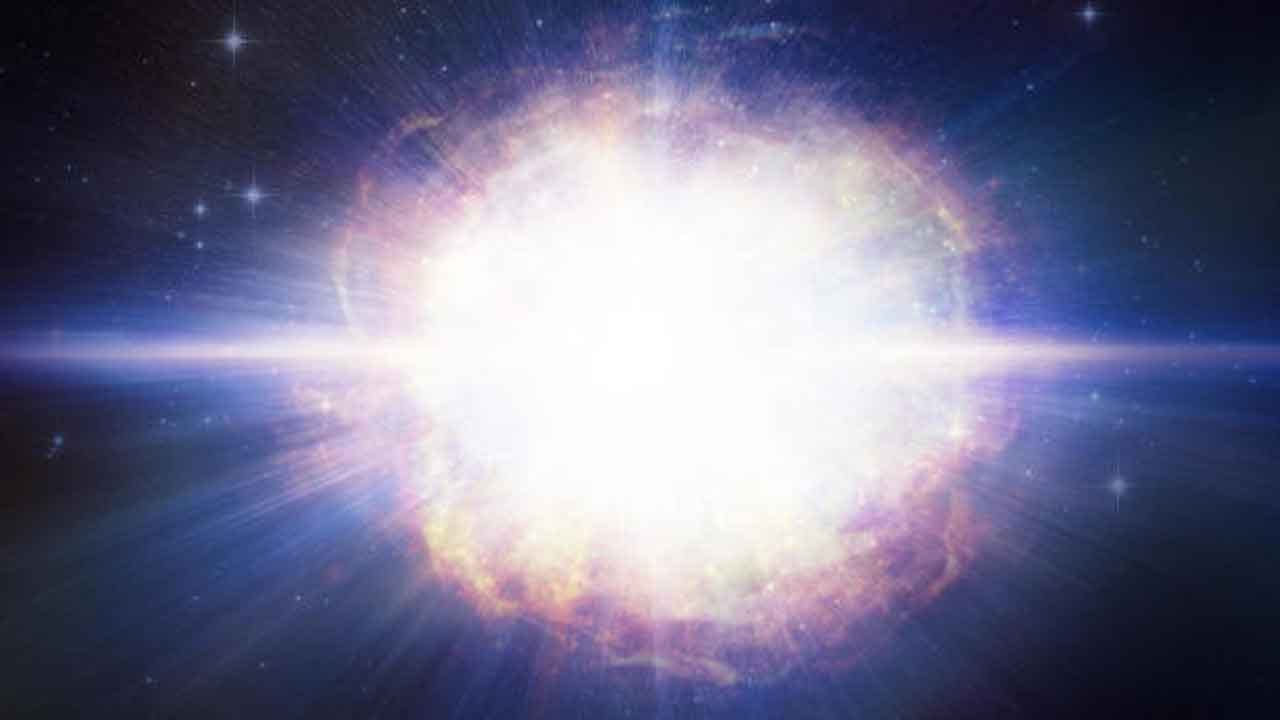 The supernova was first observed in February 2016 by the Panoramic Survey Telescopes and Rapid Response System (Pan-STARSS) observatory in Hawaii, according to a study published this week in the journal Nature Astronomy. A team led by Matt Nicholl, an astronomer at the University of Birmingham, said the burst emitted the "largest radiated energy for any confirmed supernova."

The team used a number of telescopes to study the aftermath of the explosion, which they called SN2016aps, for several years as it faded to a fraction of its peak brightness. They determined it occurred in a relatively small galaxy "in the middle of nowhere," approximately 4.6 billion light-years from Earth.

Scientists weren't even able to see where the star was born until after the supernova faded — its light had eclipsed the entire galaxy.

The explosion is extremely rare, categorized as a "superluminous" supernova. Due to its intense energy output, scientists believe that, at birth, the star had a mass of "at least" 100 times that of our sun.

"SN2016aps is spectacular in several ways," co-author Edo Berger of Harvard University said in a press release. "Not only is it brighter than any other supernova we've ever seen, but it has several properties and features that make it rare in comparison to other explosions of stars in the universe."

Scientists detected high levels of hydrogen gas in the explosion, leading them to believe the star formed from two less massive stars merging together, since lower mass stars hold onto hydrogen for longer. "The new star, borne of the merger, was heavy with hydrogen and also high enough in mass to trigger pair instability," said Berger.

"Pulsational pair instability" supernovae occur when massive stars violently pulsate before they die, shaking off a giant gas shell. If the timing is perfect, the explosion can "catch up" to the shell and collide, leading to the incredible brightness of the supernova,

Astronomers believe such massive stars were more common in the early universe. They said that the observance of SN2016aps could lead to more discoveries of similar supernovae from a relatively unknown period of cosmic history.

"The nature of those first stars is one of the big questions in astronomy," Nicholl said. "In astronomy, seeing things further away means looking back further and further in time. So we might actually be able to see the very first stars if they explode in a similar manner to this one. Now we know what to look for."

"Finding this extraordinary supernova couldn't have come at a better time," Berger said. "Now that we know such energetic explosions occur in nature, NASA's new James Webb Space Telescope will be able to see similar events so far away that we can look back in time to the deaths of the very first stars in the Universe."