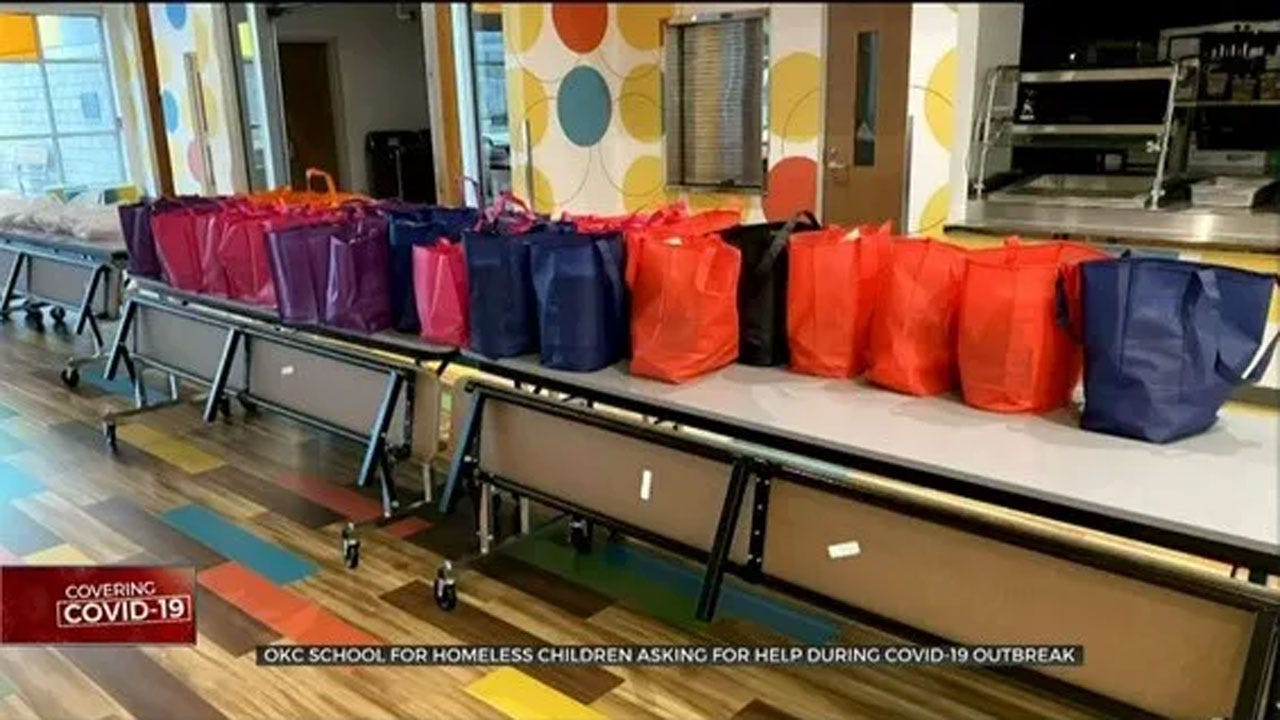 An Oklahoma City school that serves homeless children is trying to make sure their students are fed and safe while their doors are temporarily closed.

Positive Tomorrows won't have class through the first week of April, but they are taking food and activity bags to the around 75 kids that attend their school.

Public schools could close for the rest of the school year, and administrators don't know what's next for students at Positive Tomorrows.

"I am concerned about our families and what things will look like as we move forward," said Positive Tomorrows President and Principal Susan Agel. "A lot of our children don't have access to the internet. They don't have computers at home. They don't have parents that are computer literate."

But right now Agel said her main concern is the well-being of her students.

"Our families are the under employed people who have been losing their jobs first," said Agel.

This is one of the reasons why delivering food bags and having supplies to hand out is so important.

"So really right now were worried about everybody getting fed," said Agel. "Making sure they all have shelter, and they're all in safe place."

They are hoping people can come by their school and drop off food donations or anything they can give. Agel said what they need are basic grocery items, like bread or pasta.

Their building is located at 901 N. Villa, and a small number of staff will be around from around 10 a.m. until 2 p.m. each day.

You can call before dropping by or find out more ways to donate by calling their number 405-556-5082.