Integration a milestone at football game 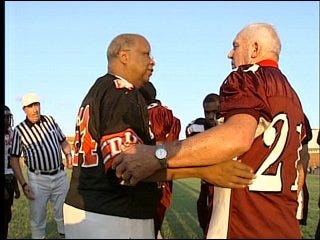 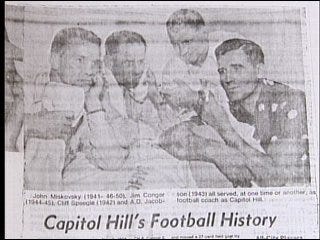 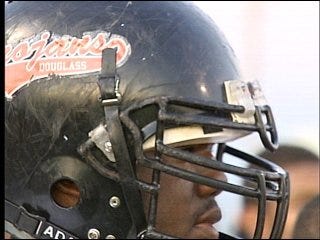 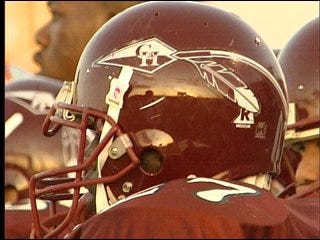 The team's met again Thursday night and acknowledged their history. Back in 1950s, blacks and whites didn't have a lot in common with the exception of football. That common ground led them to a field years before integration.

It's a notion that is hard for the starting quarterback of Capital Hill High School to comprehend, black and white gridiron greats not playing together.

Neither could his coach.

"I'm a young man and it's very hard for me to understand even though I grew up in a small town without much racial diversity," head coach Darrell Petterson said.

But that was a way of life 53 years ago. The year, 1966: Douglas High's Trojans were on 46 game winning streak until they faced the Capital Hill Redskins. The Redskins beat them in the last minute 13-6.

Even though it was the first integrated football game in the state, the press covered it like a regular game, with little to mention of race.

"It was a momentous great time. It was three years before the sit-ins and everything," Raymond Cook, a fullback for Capitol Hill in 1955 said.

Those on the field that day knew they made history.

"It went on with respect and honor for both institutions and with a lasting effect," Russell Perry,
Quarterback for Douglass in 1955 said.

It was more than a football game. It was a milestone for race relations in Oklahoma.

This is the one thing that doesn't matter, it's brings all people together of all social-economic backgrounds," Douglas head coach Willis Alexander said. "Whatever happened back then, that allowed us to play now, I'm thankful."

Integration a milestone at football game