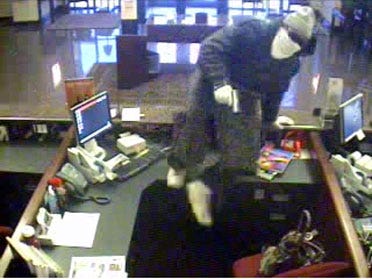 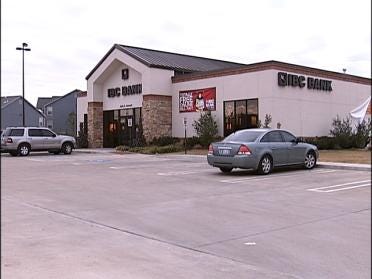 The robber held up an IBC bank in southeast Tulsa just before 8 a.m. Tuesday.

Tulsa Police said a man came up behind an employee who was entering the bank and forced his way inside using a handgun. He went to the bank's vault and filled a trash bag with money before running away. The employee was not hurt.

The robber may be the same man responsible for two other Tulsa bank robberies, police said.

The robber is described as a black male about 5-feet-5 inches and between 170 and 200 pounds and left the bank on foot.