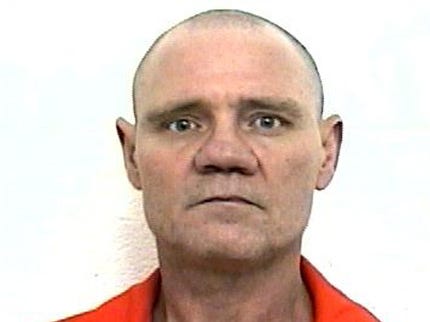 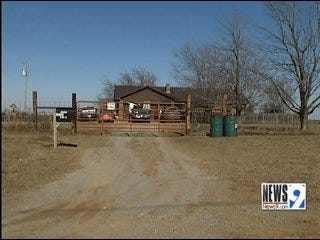 STROUD, Oklahoma -- A woman shot and killed a man who was trying to break into her Lincoln County home early Friday morning, authorities said.

Sheriff Chuck Mangion said 57-year-old Donna Jackson called 911 around 12:30 a.m. to report that she was home alone and a man was trying to break in her patio door.

Jackson told the 911 dispatcher that the man was screaming and threatening to hurt her.

"They need to hurry. He's going to break this thing open. When he does, I'll have to kill him and I don't want to kill him," Jackson said during the 911 call.

For nearly 10 minutes the man continued banging at the door and yelling profanities, threatening the woman.

"I can hear him banging the doors and yelling at her. I was scared for her," said Brenda Hart, a Lincoln County 911 dispatch who was on the phone with Jackson during the incident.

The man picked up a patio table and threw it through the glass door and entered the home. The woman then shot him in the chest, Mangion said.

The 911 dispatcher heard the glass breaking and the gun fire on the other end of the line.

"I shot him. I'm going out front. I hit him. God help me," Jackson said during the 911 call. "Please dear God. I think I killed him. Please Father in heaven, oh my god."

The burglary suspect was identified as Bill Riley, 53. Investigators said he may have been under the influence of alcohol or narcotics.

Mangion said Riley had been driving near the woman's house when he crashed his pickup truck.

It wasn't immediately clear why he went to Jackson's home.

"For me listening to the call the hardest part was hearing her pray for forgiveness, being put in a position that no one should ever have to be put into taking action in her own hands," said Joan Herd, a Lincoln County 911 dispatch who was on the phone with Jackson during the incident.

Jackson's family did not want to comment at this time.

Mangion said the case is being investigated as a homicide and information has been sent to the district attorney, who will determine whether if there will be any charges in this shooting. Under state law, Jackson was in the right to take legal action in self defense.