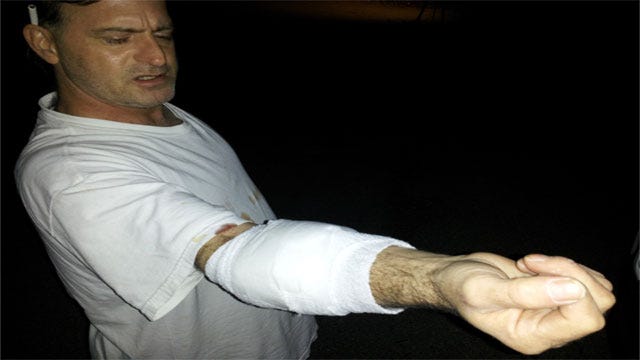 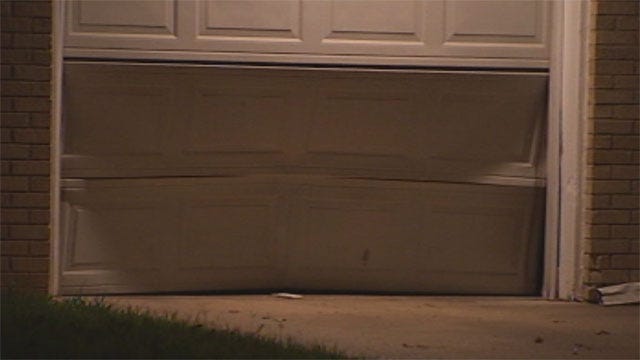 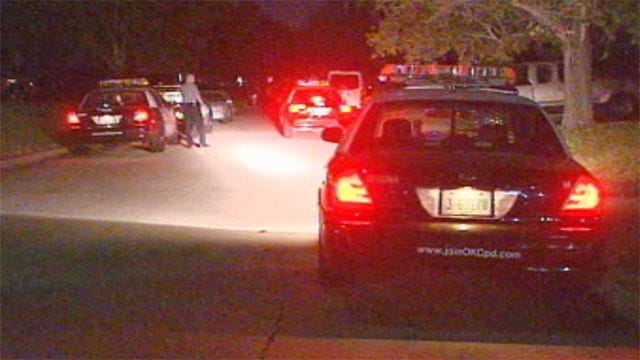 Police are looking for a man armed with a machete who attacked a victim early Wednesday morning in the 3800 block of N.W. 51st Street near Portland in Oklahoma City.

Around 2:30 a.m., a 31-year-old man neighbors say was stalking his ex-girlfriend vandalized a truck outside of her home. They say he then rammed his car into the garage door of a house across the street.

When a neighbor walked outside and tried to stop him, witnesses say the suspect pulled out a machete and cut the neighbor's arm.

"I knew he had a machete and when he got out of his car I fell backwards and landed on my back," said Randall Love. "That's when he swung and cut my arm with the machete."

Love was taken to a hospital and is now recovering at home with several stitches in his arm.

"It was some kind of gas mask he had on when he showed up here," said Stout. "We're afraid he's going to come back again."

The victims have identified the suspect and News 9 found his Facebook page online. He's posted several comments related to the attack, and his ongoing feud with the victims.

Shortly before or after the machete attack the suspect wrote on Facebook, "This will be on the news this is what happens when the woman forgets her place. I love my kids."

After that he wrote, "But the police are looking for me lol haha I rather die this will be on the news."

News 9 has turned the Facebook remarks over to Oklahoma City Police.

A spokesman for the police department says he can't comment any further on the suspect until a warrant is filed or an arrest is made.