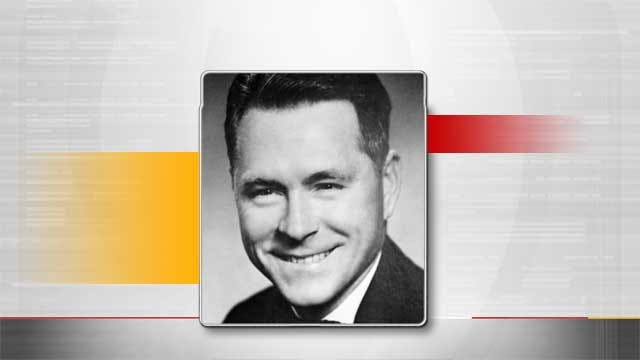 Norick was the father to former Mayor Ronald J. Norick, who served as mayor from 1987 to 1998. Mayor Jim Norick served as a councilman for Ward 1 from 1951 to 1955. During his time on council, he supported efforts to build Lake Atoka, which was completed in 1959.

During his first term as mayor, Norick spearheaded efforts to construct the 100-mile Atoka pipeline, which moved water from Lake Atoka to Lake Stanley Draper. His support of the $62 million pipeline ultimately cost him and many fellow council members their seats in the next election. The pipeline continues to be a critical and reliable water supply for Oklahoma City and other municipalities.

“Oklahoma City lost one of its finest leaders with the passing of Jim Norick,” said Mayor Mick Cornett. “He provided a lesson in leadership and political courage when he put his political future on the line in a far-sighted effort to ensure that Oklahoma City's future water needs would be met. Our thoughts and prayers are extended to the Norick family.”

While in office, Norick also aided in the City's annexation program, which grew the City from approximately ninety to six hundred square miles, making it the world's largest land-area city for many years.

Norick was born January 23, 1920 in Oklahoma City and was the first Oklahoma City mayor born in the state. In 1910 Norick's father, along with his brother, Lon, established Norick Brothers, Inc., a printing business.

Norick's leadership developed throughout his education and military service. He attended Putnam Heights Elementary, Harding Junior High and graduated from Classen High School in 1938. From high school, he went to Claremore's Oklahoma Military Academy on a music scholarship and later was inducted as the first member of its hall of fame. He served in the U.S. Navy from 1942 to 1945, and his ships' crew received a Presidential Unit Citation.

During and after his terms in office, Norick was active in numerous community organizations. He was also a major supporter of sporting events in the City and promoted the Central Hockey League's first franchise. When his second term as Mayor ended in 1971, City Council passed a resolution recognizing his service to the City and renamed the sports arena at the Fairgrounds the “Jim Norick State Fairgrounds Arena.”

In 1982 family donations, most notably by Norick's mother, contributed to the building of the Norick Art Center on Oklahoma City University's campus.

Norick married Madalynne King in 1940 and they raised two children, Ronald James and Vickie Lynne. Their son Ronald served as Oklahoma City mayor from 1987 to 1998. Norick was preceded in death by Madalynne, who died in 2009.