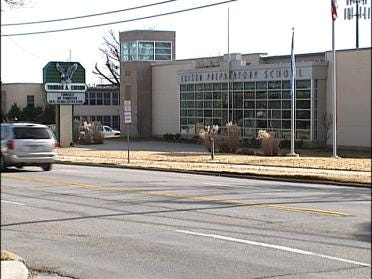 By Richard Clark and Jennifer Loren, for NEWS 9

TULSA, Oklahoma -- The Tulsa Public School District has taken a bold step in an effort to help prevent suicides.

All of the district's schools are closed for the holidays this week, but the Edison Preparatory Academy was open, so that kids could talk to experts about worries, sadness and depression.

"I think the idea may be that the student may feel more comfortable. You know students use computers now for everything," said Licensed Professional Counselor Sally Patton.

Patton, a counselor who met with students at Edison, said she used the Teen Screen Program to reach out to the children. Developed by Columbia University, the Mental Health Association has used it before to help identify teens that need more scrutiny.

It played a key role in the sessions at Edison.

"The ones today were more lengthy than the ones that we're usually doing at the schools, because we know the situation and we're taking more time and also the parents are bringing the child to school so we're meeting the parent and generally we're not doing that," Patton said.

Earlier this week, officials uncovered a suicide pact among some middle school students. It came to light after a 13-year-old Edison student killed himself, the third suicide at Edison since January.

"We're all kind of looking for insight and answers for what's going on, um, I don't think any of us have that. It's very unfortunate, and I think kids have a lot more to deal with now than a lot of us did," Patton said.

Patton said Teen Screen won't miraculously prevent all suicides, but it does provide counselors with an effective tool for helping teens.

"Just kind of breaking down the frightening aspect of it because it's really not that scary. I think a lot of people have times, uh, low times, where they could use somebody to talk to and that's really all that counseling is," Patton said.

The Mental Health Association uses Teen Screen on a regular basis, both inside and outside the Tulsa Public Schools District.

Counselors will use it at Edison again in February.