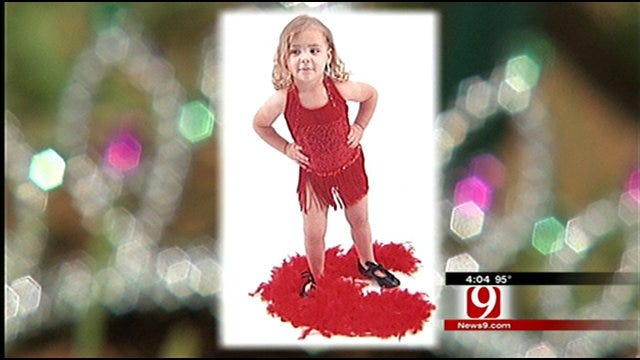 OKLAHOMA CITY -- The Oklahoma Department of Human Services has placed several of its workers on paid administrative leave.

The move stems from the death of 5-year-old Serenity Deal. DHS spokesperson Sherree Powell tells News 9 the department is conducting an internal investigation and has released the following statement:

"The staff involved in this case have been placed on administrative leave with pay while an internal investigation and review is being conducted. Following any child death we review the actions of staff involved to determine if policy was followed and appropriate recommendations were made to the court."

Serenity was allegedly put back with her father, even though she allegedly had had bruises, black eyes and cuts to her body.

Sean Brooks was arrested for Deals' death last week. According to police, he called 911 and told police his daughter fell in the bathtub.

According to a report, the agency was first contacted on January 4 after Serenity was injured while visiting her father.

The report also states DHS was called again on January 24 when Serenity was taken to the hospital with bruises on both sides of her face. She also reportedly lost half her hair because of poor hygiene.

The DHS report says Serenity was taken from her mother, Samantha Deal, when she admitted to sexually molesting a 10-year-old family member.