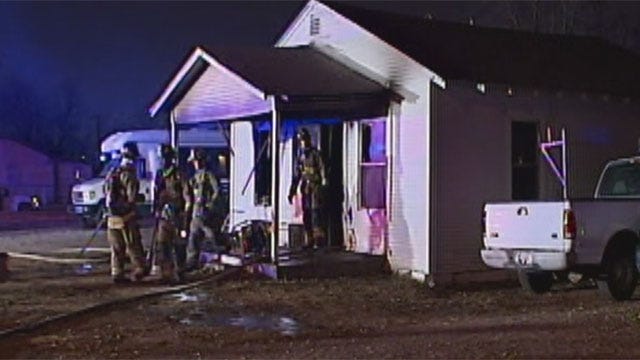 A man escaped a house fire early Friday morning, but his new puppy was trapped in the smoke and flames.

Around 4 a.m. near S.E. 44th Street and Shields, Otis Smith awoke when he smelled smoke. He said when he opened his eyes he saw thick black smoke and an orange glow.

"I tried to get out [of] the front room but I barely made it out the front door ‘cause when I stood up, the smoke got me and I just kind of fell out the door."

Smith had smoke detectors in his home, but they were not working. Firefighters said a space heater in the bedroom started the fire. They managed to contain the flames to the bedroom, but the entire house sustained heavy smoke damage.

Smith said he had just gotten a new puppy but was not able to save the animal from the fire.