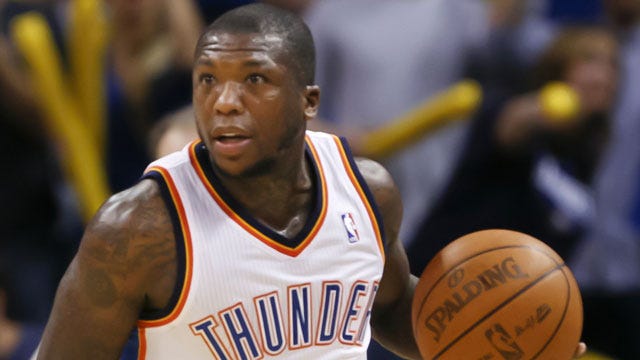 OKLAHOMA CITY – The Thunder organization has said goodbye to a fan favorite.

Robinson came to the Thunder along with Kendrick Perkins as part of the trade that sent Jeff Green to Boston.

He appeared in just four games for Oklahoma City, averaging 3.3 points and 1.5 assists.

OKC's roster now sits at 15, the maximum allowable roster size by the NBA.

The Thunder tip off the season Sunday at 7 p.m. at home against the Orlando Magic.

New additions to this year's Thunder roster who were not a part of the team last year include Lazar Hayward (traded from Timberwolves), rookie Reggie Jackson of Boston College and rookie Ryan Reid of Florida State.

To see the Thunder's 15-man roster that will start the season, check out the player page on OKC's website.