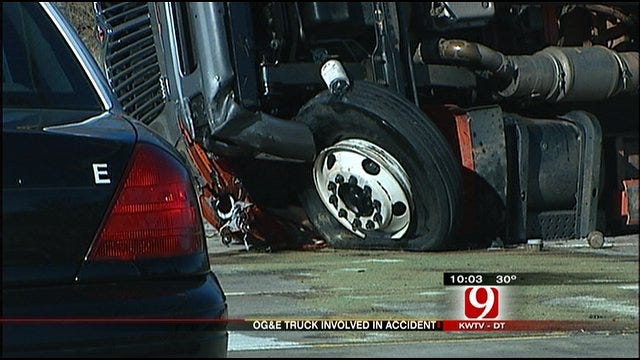 Oklahoma City police are investigating after an OG&E truck collided with a car Monday afternoon.

It happened at Wilshire and Eastern. Police say the driver of the car was transported to the hospital in critical condition.

The OG&E truck driver was not seriously injured.

Police are still investigating what caused the accident.