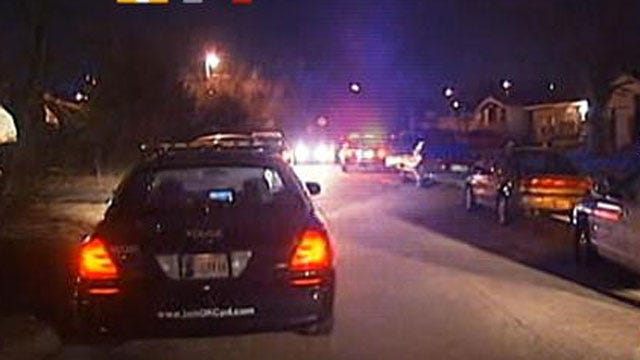 Oklahoma City Police say a woman homeowner and a companion opened fire on several suspects during a home invasion around 8 p.m. Friday.

Police say it started at a house on the 1500 block of S.E. 45th Street, when five intruders broke into the woman's home. The woman shot one of the suspects, and police say her male companion grabbed her gun and shot a second suspect.

Police say all five suspects then got into an SUV and drove three miles south to a home on the 500 block of 79th Street.

A 911 call brought police to that second crime scene.

Police say one of the two suspects shot is in critical condition at OU Medical Center.  The second suspect who was shot is in stable condition.

The three other suspects are in police custody.

Police have not released the suspects' identities yet.