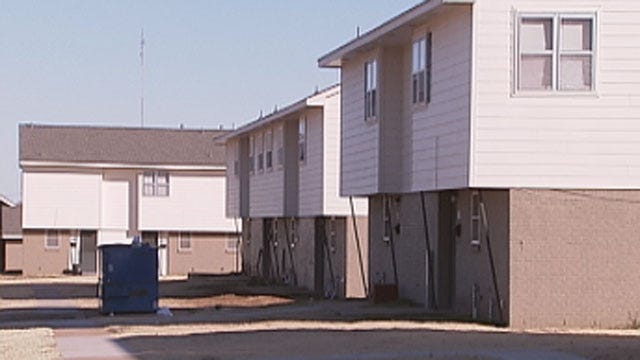 A weekend of violence that sent an 11-year-old boy to the hospital after being shot Saturday is drawing concern at a northeast Oklahoma City apartment complex.

Residents at Sooner Haven Apartments tell News 9 there is a culture of violence that has plagued the area for years. Police records show that the complex, near N.E. 36th and Prospect, is a crime hotspot. Residents say gang violence, shootings and assaults are common.

"There's too many kids running around in [this complex]," concerned resident Sherrye Crook said.

All too often children are caught in the crossfire, according to people living in the area.

"In the last two years, my kids have seen a lot of stuff that they shouldn't have seen," Sooner Haven resident Tonya Panoske said.

"Instead of hitting the ground, [Marcus] ran and bullets went over his head," Panoske said.

It was a close call that had Marcus playing inside his apartment unit for a while.

"They [are] out here smoking, drinking and they [are] outside arguing and shooting," 11-year-old Marcus told News 9. "[It makes me feel] kind of scared because I don't want to get shot."

The crime-plagued complex is located less than two miles from the Oklahoma State Capitol Building. Marcus says taking cover is important to know. Parents at Sooner Haven say it's the way to survive.

The victim from Saturday's shooting is expected to be OK. News 9 attempted to speak with family members of the victim on Monday, but they were unavailable for comment.