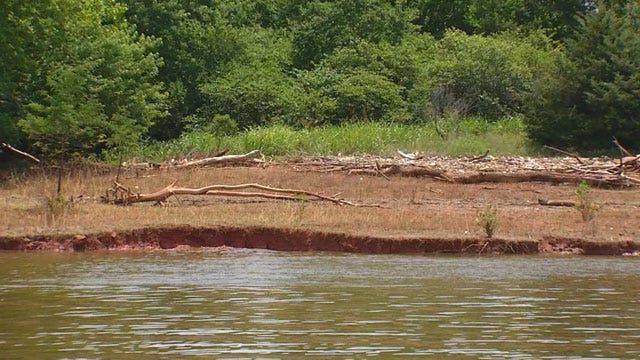 If you are heading out to Arcadia Lake this weekend, you will likely still notice the effects of the recent flood. Some parts of the lake are surrounded by a ring of debris and trash where the water used to be.

"Some trash, some Styrofoam, a buoy, a ski buoy," said Adam Smith, who fishes on the lake.

Most of the debris is on land managed by the Oklahoma Department of Wildlife. Flooding at the end of May washed all kinds of debris into the lake and shut it down for a couple weeks. Edmond Police officers have been monitoring the lake since it reopened two weeks ago.

"All kind of debris and trees have been picked up and the lake staff has deemed it safe," said James Hamm with the Edmond Police Department.

Since then, City of Edmond says lake crews have been working constantly to clean up the trash along the shore line and have been making good progress.

"During the week when there's not a lot of people on the lake, staff will come out here and clean it up," said Hamm.

The City of Edmond says it is having an annual lake sweep on August 3 and is asking for volunteers to come out and help get the rest of the lake cleaned up.