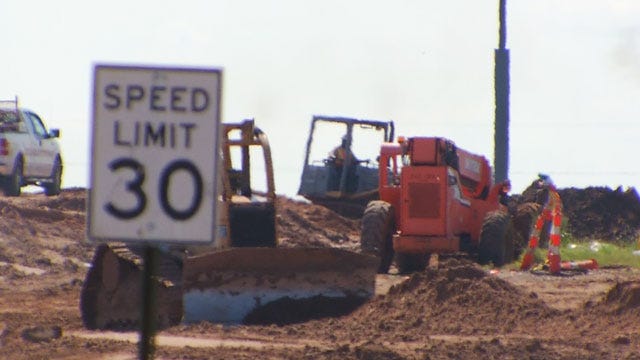 With OU set to begin classes next week, area roadways will soon be even more congested than they now.

The new Main Street Bridge project over Interstate 35 has been snarling traffic since January. The $31-milion project will eventually widen I-35 to six lanes, but it won't be finished until next Summer.

Police Captain Tom Easley says if you plan on driving to OU Football's home opener in two weeks, it would be wise to take the North Campus Exit off I-35 if you're coming from the North.

If you're driving in from the South, he says you should take the Highway 9 exit.

"Just keep your eyes open and be courteous," he said.