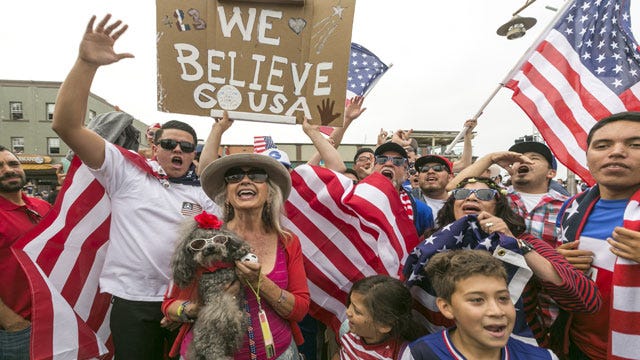 The United States is making history in Brazil.

Despite the United States' close 1-0 loss to Germany on Thursday, it has qualified for the round of 16.

This is the first time in history that the Americans have advanced to the round of 16 in back to back World Cups.

Here's how it worked:

Ghana and Portugal faced off at the same time, both entering play with one point.  And because Portugal defeated Ghana 2-1, Portugal matched the US with four points and Ghana finished their World Cup trip with just one point.

Team USA will now prepare to play on Tuesday, July 1 against most likely Belgium.