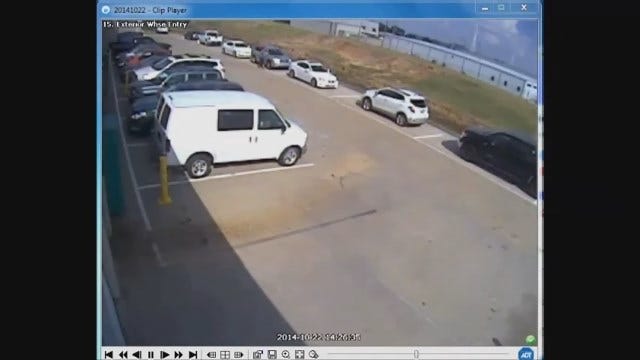 Police are looking for a suspect who broke into a car and stole a purse in Oklahoma City.

According to police, on Wednesday, October 22, officers responded to the incident in the 4100 block of Highline Blvd. in Oklahoma City.

The victim told police her car was parked outside her place of employment. When the victim came back, she found out that someone had broken the passenger-side window of the car and stolen her purse.

A surveillance camera captured the incident. Two suspects could be seen pulling up next to the victim's car in an orange sedan. The driver got out of the car, broke the car window, and stole the victim's purse.

Police released the surveillance video on Tuesday, November 4. If you have any information, call Crime Stoppers (405)-235-7300. Callers can remain anonymous and may be eligible for a cash reward.